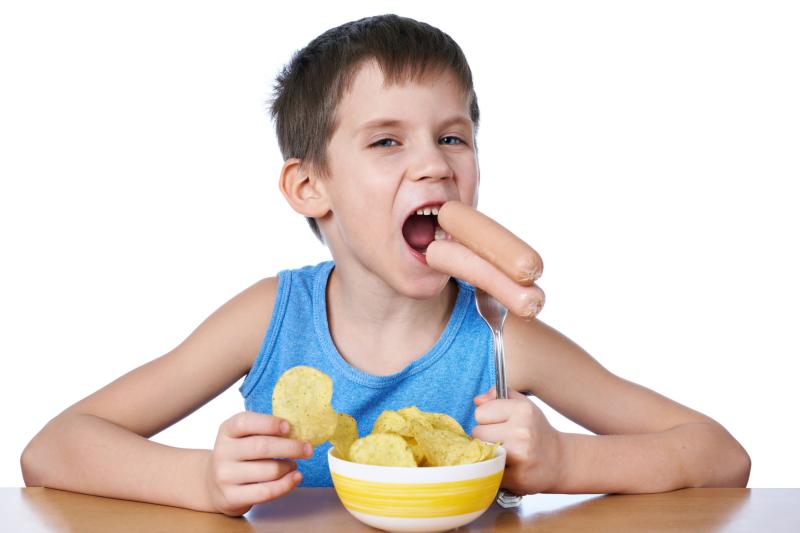 Preschoolers are likely to follow an unhealthy dietary pattern, and patterns high in processed food and snacks contribute to an increased risk of attention-deficit/hyperactivity disorder (ADHD), whereas a pattern high in vegetables exerts a protective effect, according to a study from China.

Researchers administered a semi-quantitative food frequency questionnaire and the 10-item Chinese version of the Conners’ abbreviated symptom questionnaire to assess dietary intakes and ADHD symptoms in a cohort of 14,912 children aged 3–6 years.

Higher scores for the processed and snack dietary patterns and lower scores for the vegetarian pattern showed positive correlations with ADHD symptoms. In multivariable logistic regression models, the odds of having ADHD symptoms were greater among preschoolers in the top vs lowest quintile of the processed (odds ratio [OR], 1.56; 95 percent CI, 1.31–1.86) and snack (OR, 1.76; 1.49–2.07) dietary pattern score.

In contrast, the top vs lowest quintile of the vegetarian dietary pattern score was associated with a reduced likelihood of indications of ADHD symptoms (OR, 0.67; 0.56–0.79).

Researchers explained that the processed and snack dietary patterns indicate a high intake of fat and sugar, as well as poor intake of micronutrients. In animal studies, exposure to a high-fat, high-sugar diet or both impairs performance on tasks assessing hippocampal-dependent spatial learning and memory. Indeed, it has been shown that short-term consumption of fat can contribute to abnormal patterns of behaviour, possibly by stimulating nicotinic cholinergic neurotransmission in specific hypothalamic and extra-hypothalamic brain regions. [Psychol Sci 2015;26:1947-1957; Behav Neurosci 2013;127:771-779; Brain Res 2012;1470:24-34]