Diagnosing cataract prior to detection of opacity 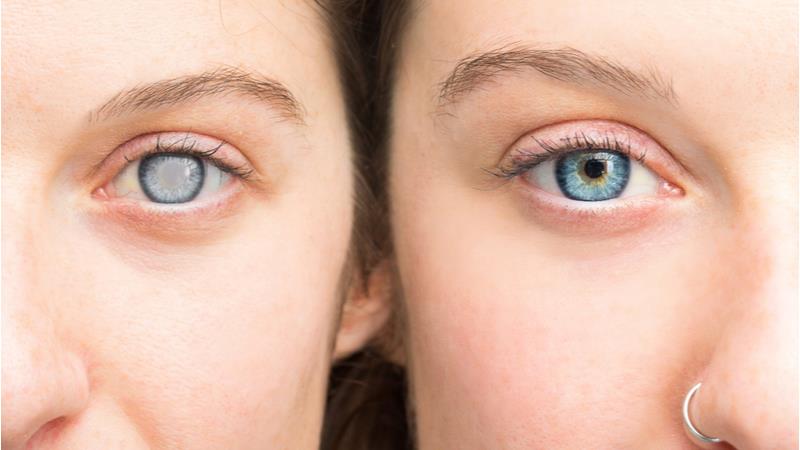 A new algorithm objectively determines when intraocular lens implant (IOL) surgery should be performed, regardless of how the opacity looks to the surgeon.

Although aberrometry can be used to verify the loss of visual quality, it cannot justify lens surgery as it does not help determine the cause of the problem. Vision loss can be caused by the early stages of a cataract, and this is often missed by the ophthalmologist. Lens surgery is usually recommended only when opacity is detected.

The difference between how opacity appears to the ophthalmologist looking into the eye and how it affects the patient’s vision compounds the problem. Small particles tend to scatter light forward, causing glare to the patient. Larger particles tend to bounce light to the observer, looking bad to the ophthalmologist but not affecting the patient’s vision to the same level. The formation of opacity in the lens is not a fully understood process, but the cause is usually considered to be a form of protein aggregation.

A new theory for accommodation by the lens,* is that focus for reading is not only achieved by muscles changing the shape of the lens, but also by those muscles forcing water from the periphery of the lens to the centre, thus increasing the gradient in the refractive index, which in turn increases the focusing power of the lens.

The new accommodation theory has been extended into a cause of cataracts by Paul van Saarloos, Ph.D, a medical laser expert based in Singapore (Creative Medtech Pte Ltd). As people age, the tubes through which the water moves become blocked, and the mechanism for focusing stops working, resulting in presbyopia. As the muscles persist in pushing the water through the blocked tubes, the tubes start to burst causing small droplets of fluid to form inside the lens and reduce vision.*

The fluid droplets are initially clear, and the surgeon cannot see them and will not perform cataract surgery. Over time, the static fluid droplets become sites for protein aggregation. At this juncture, aberrometry can verify the loss of visual quality, but still cannot justify IOL.

An algorithm developed by van Saarloos subtracts the aberrations caused by the cornea from the whole of eye aberrations and creates an objective score based on how well the remaining internal aberrations match what would be expected from the fluid droplets. [P. van Saarloos, personal communication, March 17, 2022] The score is used to determine the appropriateness of IOL.

The algorithm requires a device to accurately measure both the shape of the front surface of the cornea and the total focusing power of each part of the eye, including all the aberrations.  To date, this feature has been built into the iTrace device (Tracey Technologies, Houston, TX, USA) and is called the Dysfunction Lens Index (DLI). [Curr Eye Res 2019; 44(7):733–738] DLI is presented as 0–10, where 10 shows an optically perfect lens while scores <5 indicate significant improvement can be gained from replacing the natural lens with an IOL.

DLI can now be used as a justification for cataract surgery, even before the lens looks opaque enough to justify surgery because the score is objective and related to the level of degraded vision. Sometimes DLI can accurately predict the outcome of IOL surgery eg, minimal improvement to vision even when the lens is quite opaque. [P. van Saarloos, personal communication, March 17, 2022] A high DLI shows the natural lens is performing well optically, perhaps even correcting aberrations caused by the cornea which would become apparent when an IOL cannot correct these aberrations.