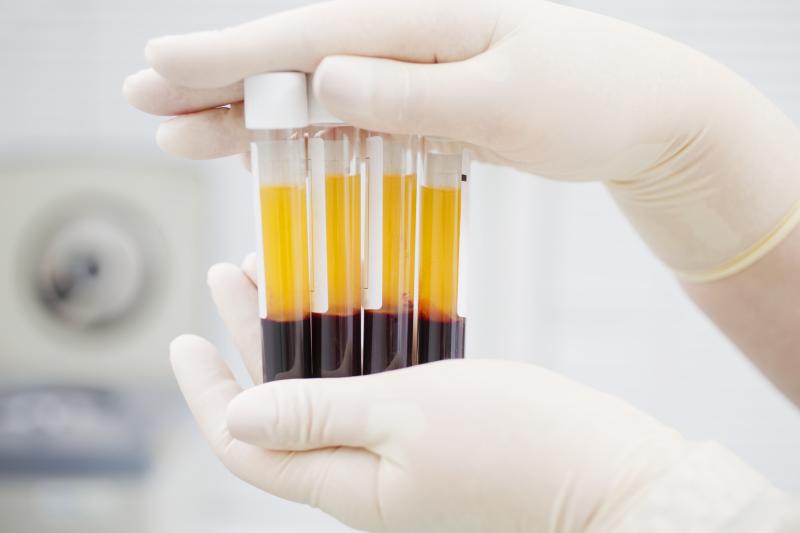 A user-friendly medical device can effectively remove the direct thrombin inhibitor (DTI) argatroban from plasma in a rapid and ergonomic manner, as shown in the results of a study presented at ASH 2022.

Named DP-Filter, the device is a practical tool used for plasma preparation, according to presenting author Dr Nathalie Donis of QUALIblood SA, Namur, Belgium. “This device was already proven effective to substitute the second centrifugation step for platelet-poor plasma preparation and to remove direct oral anticoagulants from citrated plasma.”

After filtration with DP-Filter, the plasma samples exhibited reduced argatroban levels close to 0.0 µg/mL. This was observed even in samples with spiked concentration as high as 2.0 µg/mL. [ASH 2022, abstract 1126]

Donis and her team also evaluated the performance of the DP-filter to restore the baseline (ie, in absence of argatroban) clotting capacity of the plasma using the activated partial thromboplastin time (aPTT)—a sensitive clotting test.

Filtration with DP-Filter restored normal aPTT values even at the highest tested argatroban concentration. Of note, aPTT values were similar in filtered and nonfiltered plasma samples spiked with 0.0 µg/mL of argatroban, showing that DP-Filter had no impact on aPTT testing itself.

Switching to another anticoagulation therapy

“Argatroban is a DTI used as an effective alternative anticoagulation therapy in patients suffering from heparin-induced thrombocytopaenia (HIT), a serious and potentially life-threatening condition. One of its limitations is its need to be administered intravenously in a continuous manner because of its short half-life in patients without hepatic dysfunction,” Donis pointed out.

“Thus, a transition towards another long-term anticoagulation therapy, for instance with antivitamin K drugs, is usually recommended once HIT is no longer acute and platelet count is stabilized. However, during the transition, remaining plasma levels of argatroban may interfere with haemostasis testing used to monitor the patient response to new anticoagulation drug dosage,” she added.

Taken together, the present data suggest that the DP-Filter is useful in clinical routine to remove the interference of argatroban with haemostasis tests and therefore avoid false positive or false negative results and unnecessary testing, according to Donis.

“The device also emerges as a solution to ease the monitoring of the transition from patient anticoagulation with argatroban to another anticoagulation therapy such as antivitamin K drugs. This might be of particular importance in patients suffering from HIT,” she said.