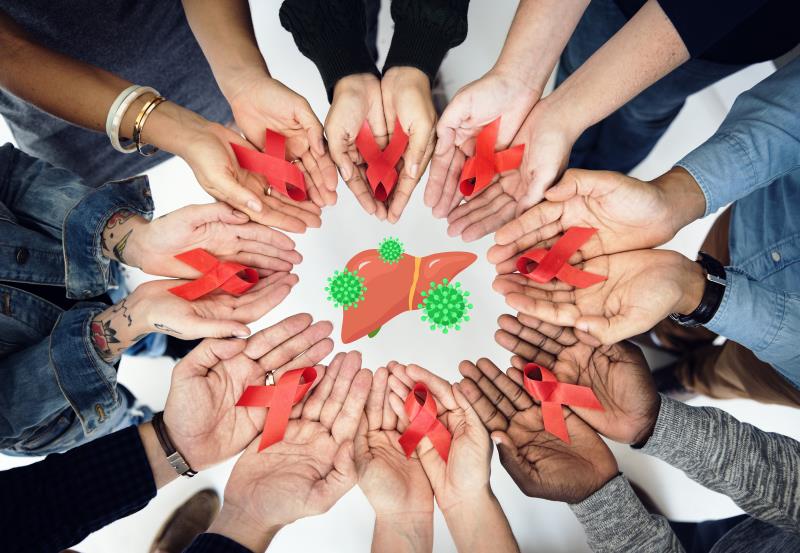 Despite having depressive symptoms, treatment initiation rates seem to be improving among patients coinfected with HIV and hepatitis C virus (HCV), according to a study presented at the recently concluded 2021 International AIDS Society Conference on HIV Science (IAS 2021).

“Psychiatric illness was a major barrier for HCV treatment during the interferon era due to medication-related neuropsychiatric side effects. While direct acting antivirals (DAA) are better tolerated, patient-level barriers to treatment initiation persist,” the researchers said.

Data for the present analysis were obtained from the multicentre, prospective Canadian Co-infection Cohort and its associated food security substudy. A total of 537 and 1,127 HIV-HCV co-infected patients were enrolled from the interferon (2003–2010) and DAA (2013–2020) eras, respectively. Depressive symptoms were predicted using a random forest classifier model based on the Center for Epidemiological Studies Depression Scale-10.

The forest model predicted that at baseline, 51 percent of patients from the interferon era had depressive symptoms as compared to 64 percent of DAA-era patients. Despite the growing rate, treatment initiation also increased from 9 (95 percent confidence interval [CI], 8–11) to 21 (95 percent CI, 19–22) per 100 person-years. [IAS 2021, abstract PEB088]

Such a trend suggested that patients who had been unable to tolerate interferon treatment due to their psychiatric condition may now be able to access treatment, the researchers said. “Depression may no longer be a barrier to HCV treatment in the direct acting antiviral (DAA) era.”

The present findings agree with previous studies that have established the lack of psychiatric side effects of DAAs when used to treat chronic HCV infections in patients with depression and anxiety. Recent reports have also shown that DAA treatment can lead to better virological and health-related quality of life outcomes in HCV patients. [BMC Psychiatry 2018;18:157; PLoS One 2018;9:e0205277; Dig Dis 2020;38:232-239]

The current results expand the literature by providing evidence of DAA safety and tolerability in patients co-infected with HCV and HIV, which could also eventually lead to better outcomes in this population.