Delta and beyond: Is a third COVID-19 vaccine jab the answer? 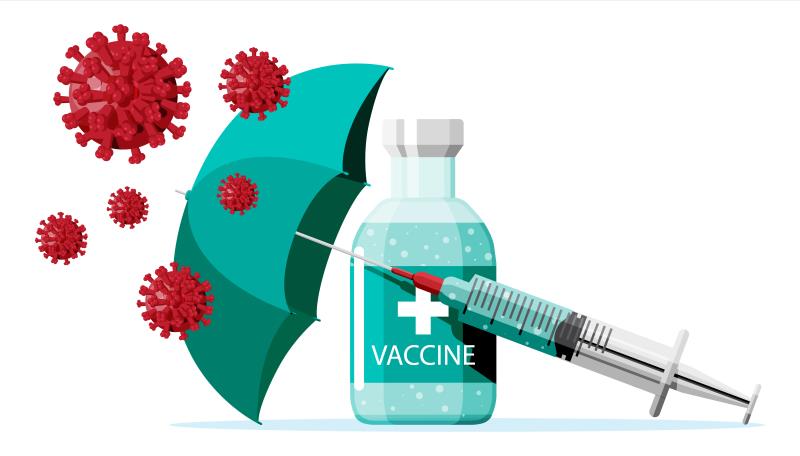 More than 8 months  since the first COVID-19 vaccine is made available to the masses, the world has held the hope of a return to normalcy just to see it dashed again with the recent surge in COVID-19 cases.

Israel, for one, has witnessed a plunge in COVID-19 cases earlier this year following its rapid and high vaccine coverage of its population — but is recently swept by a spate of COVID-19 breakthrough cases fuelled by the Delta variant.

At the Sheba Medical Center — the largest medical centre in Israel, a study of 1,497 healthcare workers fully vaccinated with the BNT162b2 mRNA vaccine showed that 39 had tested positive for COVID-19 during the 4-month period following the second vaccine dose. Most breakthrough cases, according to the researchers, were mild or asymptomatic, yet 19 percent developed long COVID-19 symptoms (persisting beyond 6 weeks). [N Engl J Med 2021 ;doi:10.1056/NEJMoa2109072]

“Although the BNT162b2 vaccine is extremely effective, rare breakthrough infections carry an infectious potential and create a special challenge, since such infections are often asymptomatic and may pose a risk to vulnerable populations,” said the researchers.

Comparing the period before and after the surge of Delta, preprint data from the US CDC showed that vaccine effectiveness declined to 53.1 percent during June–July 2021, when Delta became the predominant circulating variant, from 74.7 percent early in the vaccination programme (March–May 2021) among nursing home residents in the US who had been fully vaccinated with the mRNA vaccines. [MMWR Morb Mortal Wkly Rep 2021;doi:10.15585/mmwr.mm7034e3external]

Another preprint report showing that the overall protection against SARS-CoV-2 infections appears to wane at 6 months after vaccination came as no consolation either, amidst the emergence of more infectious variants. Among more than 46,000 people enrolled in the multinational study, the overall vaccine effectiveness dropped from 96 percent to 84 percent over 6 months — translating to an average decline of approximately 6 percent every 2 months after the efficacy peaked. [medRxiv 2021;doi:10.1101/2021.07.28.21261159]

“Ongoing follow-up is needed to understand the persistence of the vaccine effect over time and the need for booster dosing,” the researchers noted.

The case for a booster shot

Amidst the surge of Delta cases, experts have been ruminating on giving booster shots in anticipation of the inevitable waning of vaccine-induced immunity over time.

Getting a third booster shot of the BNT162b2 vaccine triggered a more than fivefold spike in neutralizing antibody levels against Delta compared with the response after the second dose in adults aged 18–55 years, according to early data from Pfizer-BioNTech.

The jump in immune response was even more robust among older people aged 65–85 years — by more than 11 times higher vs the second dose.

Although the number of participants was relatively small — with 11 people in the younger age group and 12 people in the older age group — the company believed that the preliminary data were encouraging with the ongoing spread of Delta.

In addition, antibody levels against the wild-type virus and the Beta variant also rose significantly after the third vaccine dose.

A separate study on the mRNA-1273 vaccine (and its modified version mRNA-1273.351) also showed similar findings — lending further support for a third booster mRNA shot. The findings, released as a preprint, showed a significant increase in neutralizing antibody levels against three variants, including Delta, 2 weeks after a booster shot. The other two variants were Beta and Gamma. [medRxiv 2021;doi:10.1101/2021.05.05.21256716]

The promising boost with a third shot appears to also extend to the adenoviral-vectored vaccine, as shown in a study on ChAdOx1 nCoV-19. After a third vaccine dose, neutralizing antibody response against the Alpha, Beta, and Delta variants was higher than the levels after the second dose. [SSRN 2021;doi:10.2139/ssrn.3873839]

Moreover, the researchers also found that spike-specific T-cell responses were boosted by a similar magnitude as those seen after two shots of ChAdOx1 nCoV-19.

“A third dose results in a further increase in immune responses ... and could be used to increase vaccine efficacy against variants in vulnerable populations,” the researchers stated.

To boost or not?

With vaccination coverage still low in many countries, the drive for booster vaccination in high-income countries with better access to vaccines has stirred controversy. The WHO, for one, discouraged against deploying boosters for now until most vulnerable people worldwide have been fully vaccinated.

Despite this, Israel has begun its booster vaccination programme to people over 60 years of age since July, which is now extended to people over 40 years old. The US is also looking to follow suit in September, in a bid to ramp up protection against COVID-19 amidst the surge in cases.

France, on the other hand, is planning to offer booster shots selectively to the elderly and the vulnerable groups, which include people who are severely immunocompromised.

The case for booster, at least in the immunocompromised, has been mounting. Almost half of the breakthrough infections requiring hospitalizations in the US came from the immunocompromised group. Vaccines were only 59 percent protective against hospitalization in this group compared with >90 percent in people without immunosuppression. [medRxiv 2021;doi:10.1101/2021.07.08.21259776]

“There is growing evidence that boosters will ultimately improve vaccine effectiveness even further [in these patients],” said the researchers. Several studies found that giving a third vaccine dose to solid organ transplant recipients induced measurable immune response, further attesting to the benefits of a booster in these patients. [JAMA 2021;doi:10.1001/jama.2021.12339; Anns Int Med 2021;doi:10.7326/L21-0282]

“As such, vaccination is critically important and should be prioritized in all solid organ transplant recipients,” urged the researchers of the US cohort study.