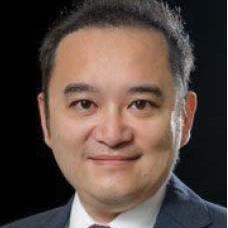 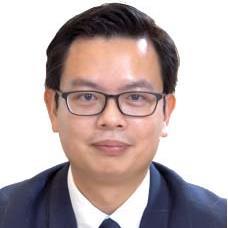 The vitamin K antagonist (VKA) warfarin has conventionally been used for managing patients with intracardiac thrombus. However, its limitations, including slow onset of action and requirement for bridging with parenteral low-molecular weight heparin (LMWH), highlight a need for alternative treatment options. Non–vitamin K antagonist oral anticoagulants (NOACs) have demonstrated efficacy and safety vs warfarin in management of intracardiac thrombus. At an interview with MIMS Doctor, Professor Alex Lee and Dr Kevin Kam from the Division of Cardiology, Chinese University of Hong Kong, discussed these study findings and shared their experience in the use of dabigatran in patients with intracardiac thrombus.

While VKAs such as warfarin have traditionally been used as anticoagulation therapy for managing patients with AF, a prospective study in 43 patients with AF and LA thrombus showed that despite anticoagulation with warfarin (average international normalized ratio [INR], 2.2), cerebral embolism occurred in 16 percent of patients during the 12-month observation period. [Am J Cardiol 2004;94:801-804]

“In addition, early doses of warfarin are known to have a paradoxical procoagulant effect due to inhibition of vitamin K–dependent synthesis of protein C and protein S, two endogenous anticoagulants with a role in preventing thrombus formation. Bridging therapy with parenteral LMWH, which blocks factor Xa without deactivation of protein C and protein S, is thus needed when initiating warfarin therapy,” said Lee. [J Stroke 2015;17:216-218] “However, the use of warfarin in combination with LMWH in the first few days of treatment requires hospitalization for parenteral LMWH administration as well as close monitoring and dose titration for warfarin initiation, which can be cumbersome to patients and imposes a burden on the healthcare system.”

Thrombus inhibition and resolution with dabigatran
“The NOAC dabigatran is the only direct thrombin inhibitor currently available. It acts by preventing the conversion of fibrinogen into fibrin [ie, thrombus] in the coagulation cascade,” said Lee. (Figure 1) Dabigatran also inhibits free thrombin, fibrin-bound thrombin and thrombin induced platelet aggregation in serum, and may therefore have a unique advantage of additional thrombolytic effect leading to thrombus resolution. [Med J Aust 2010;192:407-412]

“In addition, dabigatran has a stable and predictable pharmacokinetic profile, and can be administered without laboratory monitoring or dose titration, offering convenience compared with warfarin and heparin,” explained Lee.

“The study results suggest that dabigatran may be a suitable alternative to warfarin in treatment of LV thrombus. The findings also support the thrombolytic action of dabigatran due to its specific binding to free thrombin and fibrin-bound thrombin,” said Kam.

“We conducted a study on the efficacy and safety of NOACs vs warfarin for management of LV thrombus at the Prince of Wales Hospital between January 2011 and January 2020,” said Kam.

The study included 43 patients (mean age, 61 years) with mean LVEF of 30 percent and mean LV thrombus size of 18.1 mm. Baseline characteristics were comparable in both treatment groups, except for a significantly higher proportion of patients with diabetes mellitus in the NOAC group. [Chan J, et al, ESC 2021]

"Results of these meta-analyses suggest that NOACs are noninferior to warfarin in treatment of LV thrombus, and may serve as an alternative option to warfarin, especially in patients who require close INR monitoring in Hong Kong," commented Kam.

"Dabigatran is predominately excreted via the renal route in an unchanged form. Therefore, the dosage of dabigatran should be reduced in patients aged 75–80 years, patients with moderate renal impairment, or those with an increased risk of bleeding. In patients with severe renal impairment [ie, creatinine clearance <30 mL/min], the use of dabigatran is contraindicated," noted Lee. [Clin Pharmacokinet 2008;47:285-295; Dabigatran Etexilate Hong Kong Prescribing Information]