Dabigatran a potential oral option for VTE in kids 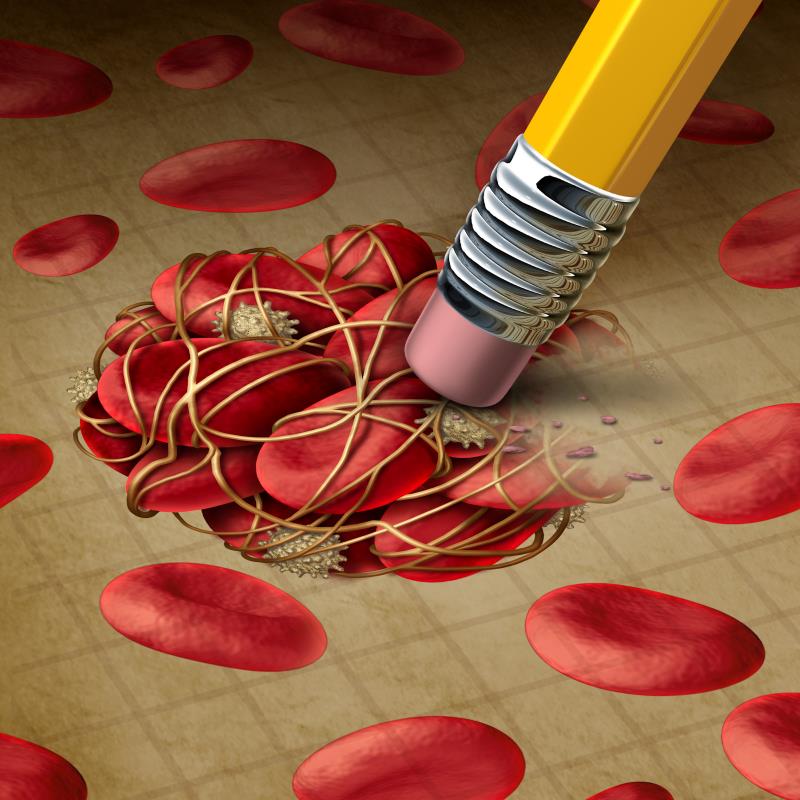 Dabigatran was similarly effective as standard of care (SOC) in resolving thrombus and preventing recurrent venous thromboembolism (VTE), without raising the risk of bleeding in children, according to the DIVERSITY trial presented at ASH 2020 — thus providing a potential oral alternative to standard of care for the paediatric population.

The direct oral anticoagulant (DOAC) dabigatran etexilate has been shown to be effective for VTE treatment in adults, but data in children have been scarce.

“Owing to lack of randomized, controlled trials, there is an unmet need to properly evaluate the use of DOAC in paediatric patients with VTE, as most treatment guidelines rely on extrapolation from adult care and expert opinion,” wrote Dr Gili Kenet of Tel Aviv University, Israel, in a linked commentary. [Lancet Haematol 2021;8:e22-33]

In the open-label, multicentre, phase IIb/III noninferiority trial, 267 children (of which 35 were aged <2 years) with acute VTE were randomized 1:2 to treatment with SOC or an oral dabigatran dosing regimen based on age-adjusted and weight-adjusted nomogram for paediatrics. [Lancet Haematol 2021;doi:10.1016/S2352-3026(20)30397-5]

The composite primary efficacy endpoint — comprising complete thrombus resolution, freedom from VTE recurrence and related death — was achieved in similar proportion of patients receiving SOC as those treated with dabigatran (42 percent vs 46 percent; p<0.0001 for noninferiority).

Similar efficacy was seen when the analysis was stratified into three age groups: from birth to <2 years, 2 to <12 years, and 12 to <18 years — with 33.9–57.1 percent of children on SOC and 42.0–59.1 percent in the dabigatran group meeting the composite primary endpoint.

“Dabigatran, given as either capsules or child-friendly pellets or oral suspension, was comparable with SOC in terms of efficacy for acute VTE treatment across all age groups and, notably, in vulnerable children aged < 2 years,” Albisetti pointed out.

In terms of pharmacokinetic–pharmacodynamics analyses, dabigatran plasma concentration showed a linear relationship with ecarin clotting time and diluted thrombin time, while the relationship with activated partial thromboplastin time was nonlinear — similar as those seen in adults.

“Treating patients with anticoagulation to resolve … and prevent recurrent VTE always needs to be balanced with bleeding risk,” Albisetti explained.

“The availability of three dabigatran paediatric formulations could overcome the limitations of parenteral formulations and oral VKAs, while providing similar efficacy and safety to treat VTE as SOC,” the researchers highlighted. “Dabigatran concentrations do not need to be adjusted or monitored in children in routine clinical practice for treatment of acute VTE; hence avoiding the limitations of SOC.”

“Dabigatran represents an appealing therapeutic alternative; nevertheless, caution is advised, especially when treating children with increased bleeding risk,” stated Kenet, noting that gastrointestinal bleeds appeared to be more common with dabigatran than SOC in the study (3 percent vs 2 percent).

Overall, serious adverse events (AEs) occurred in 20 percent of children under SOC compared with 13 percent of those on dabigatran, with the most common severe AEs being vascular disorders (3 percent vs 1 percent) and gastrointestinal disorders, as mentioned above.