CUHK & HKU surveys: One-third to half of respondents not willing to receive COVID-19 vaccine 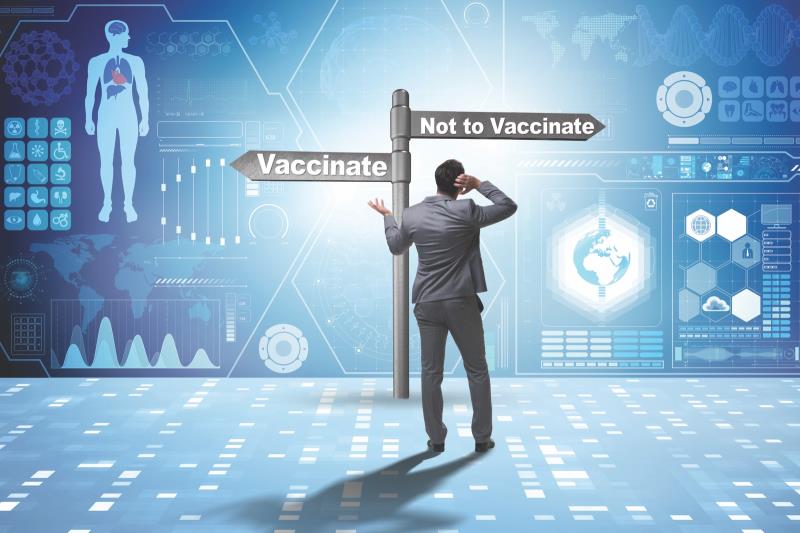 CUHK’s survey of 720 respondents aged ≥18 years, conducted on 15–22 January 2021, showed that 32.7 percent of respondents said no to the vaccination programme altogether, while 45.6 percent would like to “wait for a while” before being vaccinated.

HKU’s findings from the latest (18–20 January 2021) of seven rounds of longitudinal follow-up surveys involving a prospective, territory-wide, population-based cohort with alternating sample sizes of 1,000 and 500 respondents aged ≥18 years revealed that 50.2 percent of respondents intended to receive a COVID-19 vaccine. Notably, January’s value was the lowest ever recorded in the surveys between June 2020 and January 2021.

“Vaccination is the most effective means of preventing infectious diseases and their complications. Availability of COVID-19 vaccines provides a roadmap to ending the pandemic and its substantial impact on physical, mental and social well-being. However, vaccine hesitancy remains one of the greatest threats to global health,” noted Professor Gabriel Leung of the School of Public Health, HKU. 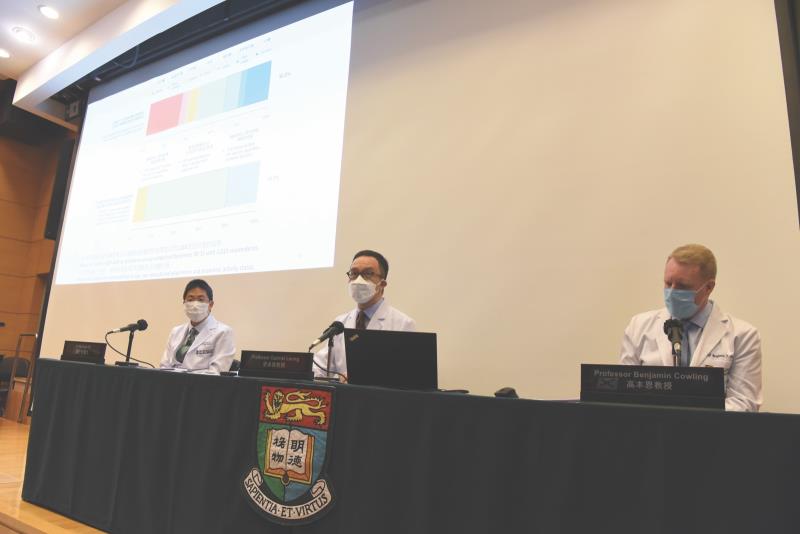 In a global survey conducted in June 2020, the proportion of respondents willing to be vaccinated “if a COVID-19 vaccine is proven safe and effective and is available” was the highest at 88.6 percent in mainland China, followed by followed by Brazil, South Africa, South Korea, Mexico, and the US (range, 85.4–75.4 percent). The percentages varied between 65.2 percent and 74.5 percent for Nigeria, Sweden, Singapore, Germany, Canada, Italy, UK, Ecuador, Spain, and India, while vaccine acceptance rates in Russia, Poland and France were the lowest, at 54.9 percent, 56.3 percent and 58.9 percent, respectively. [Nat Med 2020;27:225-228] While the proportion of Hong Kong’s respondents intending to receive a vaccine, according to HKU’s November 2020 survey, fell within the mid-low range at 67.4 percent, at 50.2 percent in January 2021 it was lower than the lowest reported acceptance rate among previously surveyed countries.

For those who intended to join the programme, the top three reasons to do so, according to CUHK’s survey, were “fear of infection/to protect self or family members” (64.2 percent), the desire to “help to end the pandemic earlier” (13.5 percent), and “having faith in the vaccine” (6.9 percent). The top three reasons for saying no to the programme were “fear of the side effects of vaccines” (33.6 percent), “having no trust in the government” (27.0 percent), and “having no faith or knowledge of the vaccines” (19.1 percent).

Demographic data from HKU’s survey indicated that more men than women intended to get vaccinated (approximately 59 percent vs 43 percent). The difference in attitude towards vaccination between men and women could be the result of the reported differences in morbidity and mortality between sexes. A meta-analysis of 3,111,714 globally reported COVID-19 cases demonstrated that, whilst there was no difference in the proportion of males and females with confirmed COVID-19, male patients had almost three times the odds of requiring intensive care unit admission (odds ratio [OR], 2.84; 95 percent confidence interval [CI], 2.06 to 3.92) and higher odds of death (OR, 1.39; 95 percent CI, 1.31 to 1.47) compared with females. [Nat Commun 2020;11:631]

According to HKU’s survey, the intention to be vaccinated increased with age, with respondents aged ≥60 years being the most likely to accept the vaccine (approximately, 66 percent). The finding is unsurprising, given the higher case-fatality rate among the elderly. According to Italy’s Istituto Superiore di Sanità, approximately 90 percent of COVID-19 deaths have occurred in patients aged ≥60 years. [https://www.epicentro.iss.it/coronavirus/bollettino/Bollettino-sorveglianza-integrata-COVID-19_2-aprile-2020.pdf; accessed 26 February 2021] The intention to vaccinate was also higher among respondents with a lower education level or lower income, which may reflect concerns over potential loss of earnings in case of infection.

According to CUHK’s survey, among respondents who did not explicitly reject the vaccination programme, BioNTech (23.7 percent) and AstraZeneca (23.1 percent) were more popular choices of vaccine providers than Sinovac (17.0 percent). Only 11.9 percent of respondents did not have a preference for a particular vaccine and would accept any.

HKU’s survey found the BioNTech-Pfizer vaccine the most likely to be accepted by respondents: 55.9 percent would accept it, while 38.5 percent would not. The Oxford-AstraZeneca vaccine would be accepted by 35.3 percent of respondents and would be refused by 56.9 percent. Acceptance of the Sinovac vaccine diminished from 38.2 percent to 29.5 percent following news of a 50.4 percent efficacy in a late-phase trial, as reported by Butantan Institute in São Paulo, Brazil.

CUHK’s survey also assessed changes in respondents’ views on the development of the local outbreak. According to the results of the latest January 2021 survey, 35.6 percent of respondents expected the local pandemic to ease in the coming month, 45.4 percent felt it would remain at a similar level, and only 12.3 percent thought it would worsen. This percentage distribution is significantly different from the last survey conducted by CUHK in August 2020, when more respondents expected the pandemic to remain the same or become worse in the coming month.

Over half (58.6 percent) of the respondents included in CUHK’s survey were somewhat or quite worried about contracting COVID-19, while 30.9 percent were not worried, and 9 percent were very worried. The reported level of concern was similar between the August 2020 and January 2021 surveys.