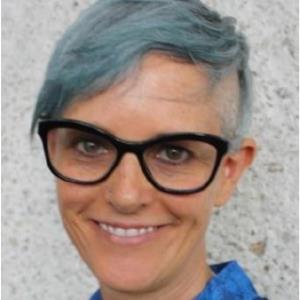 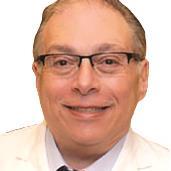 Latest international guidelines recommend dolutegravir plus lamivudine (DTG + 3TC) in adults with HIV-1 infection as initial antiretroviral therapy (ART) and in the viral suppression setting. This recommendation is based on 96-week results of the GEMINI-1 and -2 and 48-week results of the TANGO studies, which demonstrated the noninferiority of DTG + 3TC vs DTG plus tenofovir disoproxil fumarate and emtricitabine (DTG + TDF/FTC) and vs continuing a tenofovir alafenamide (TAF)–based regimen. Consistent with primary analyses, updated 144-week results of the GEMINI-1 and -2 studies and 96-week results of the TANGO study, presented recently at the Conference on Retroviruses and Opportunistic Infections 2021 (CROI 2021), showed continuous virologic suppression with DTG + 3TG.

DHHS, EACS and IAS guidelines on management of adults with HIV-1

Current guidelines of the US Department of Health and Human Service (DHHS), European AIDS Clinical Society (EACS) and International Antiviral Society (IAS) recommend the once-daily DTG + 3TC regimen as initial ART and for opti-mizing ART in the viral suppression setting for adults with HIV-1 infection based on noninferior efficacy vs DTG + TDF/FTC in the 96-week results of the GEMINI-1 and -2 studies and vs a TAF-based regimen in the 48-week results of the TANGO study.[Panel on Antiretroviral Guidelines for Adults and Adolescents, Guidelines for the Use of Antiretroviral Agents in Adults and Adolescents with HIV; EACS Guidelines, version 10.1, October 2020; JAMA 2020;324:1651-1669]

“Of note, a non-CVW participant in the DTG + 3TC group who was reported to have intermittent nonadherence to treatment developed M184V mutation at week 132 [HIV-1 RNA 61,927 copies/mL] and R263R/K mutation at week 144 [HIV-1 RNA 135 copies/mL], conferring a 1.8-fold change in susceptibility to DTG,” she continued.

Subgroup analysis showed consistent noninferiority in virologic suppression with DTG + 3TC vs DTG + TDF/FTC at week 144 across demographic and baseline disease subgroups and compared with the overall population. (Figure 1)

“Although the response rate with DTG + 3TC vs DTG + TDF/FTC [67 percent vs 76 percent; treatment difference, -9.7] was lower among patients with CD4+ ≤200 cells/mm3, most treatment nonresponses were unrelated to virologic efficacy or treatment regimen,” Orkin noted.

“Rates of adverse events [AEs] with DTG + 3TC across demographic and baseline disease subgroups, including change in weight and body mass index from baseline, were consistent with those in the overall population at week 144,” noted Orkin.

TANGO: Switch to DTG + 3TC for ART-experienced adults with HIV-1

“No cases of CVW [defined as HIV-1 RNA ≥50 copies/mL followed by a second consecutive HIV-1 RNA  ≥200 copies/mL] were reported with DTG + 3TC through week 96, whilst three CVW cases were reported in the TAF-based regimen group. No resistance mutation was observed,” said Benson.

Efficacy of DTG + 3TC was com-parable across demographic, baseline regimen and baseline CD4+ cell count subgroups, and consistent with that in the overall population, confirming its noninferiority vs continuing a TAF-based regimen. (Figure 2)

“At week 96, rates of AEs with DTG + 3TC across the subgroups were consistent with that in the overall population and with its prescribing information,” said Benson.