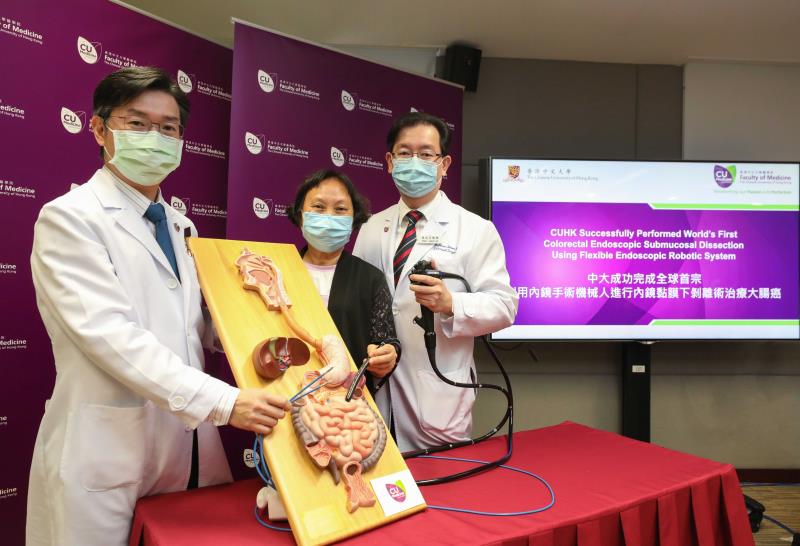 “Our previous study showed that the EndoMaster robotic system can be used to perform ESD and effectively treat patients with early gastric neoplasia,” explained Chiu. [Clin Gastroenterol Hepatol 2012;10:1117-1121] “The second-generation EndoMaster EASE system is redesigned and developed for performing ESD in the colorectum, which presents a higher level of technical challenge due to the colorectum’s long and winding shape as well as thin wall. It allows tissue retraction with excellent visualization to enhance the safety of submucosal dissection.”

The clinical trial aims to recruit 46 patients with early-stage CRC – a group with growing demand for ESD due to the increasing number of cases identified through CRC screening programmes.

As of 15 September 2020, six patients with early-stage CRC had undergone robotic ESD in the trial. “Negative resection margin was achieved in all six patients, with no perforation or post-ESD bleeding. The mean operation time was 88 minutes, while mean length of hospital stay was 2 days. The patients were able to resume a normal diet 1 day after the procedure,” reported Chiu. “The first patient underwent colorectal ESD with the EndoMaster EASE system at our centre in May 2020. Another two patients are recruited recently into the trial and are to undergo preoperative assessment shortly.”

“In Hong Kong, about 60 percent of CRC cases discovered through the government’s CRC screening programme are early-stage cases suitable for ESD. At the Prince of Wales Hospital alone, 150 cases of ESD for early-stage CRC were performed in 2019,” said Professor Simon Ng of the Division of Colorectal Surgery, CUHK.

“However, ESD is technically very challenging, involving a learning curve of 80–100 cases and an operation time of 2–3 hours. If performed by inexperienced endoscopists, the risk of complications is relatively high, with our previous study reporting a 65.2 percent perforation rate and a 56.5 percent bleeding rate,” Ng continued. [Surg Endosc 2010;24:1049-1054]

The researchers therefore see an urgent need to refine the ESD technology, with the use of robotics, for example, to address the increasing demand for ESD for early-stage CRC.

“The learning curve for ESD with the second-generation flexible endoscopic robotic system may be less steep compared with conventional ESD, but we need more data to confirm,” said Ng. 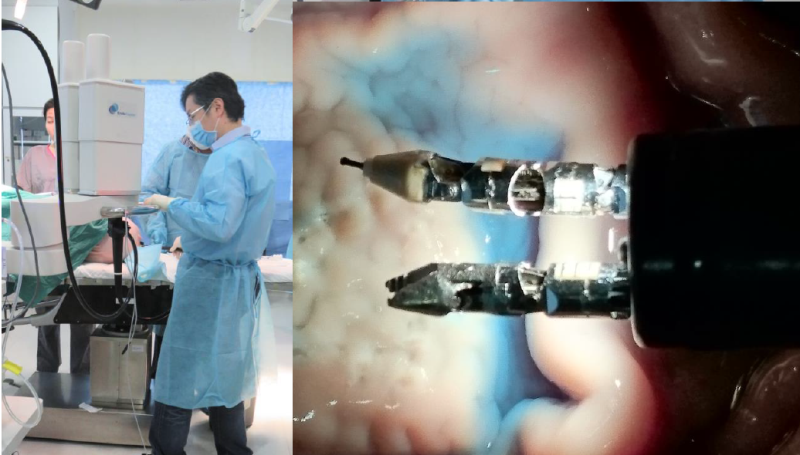 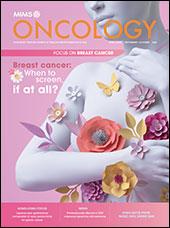