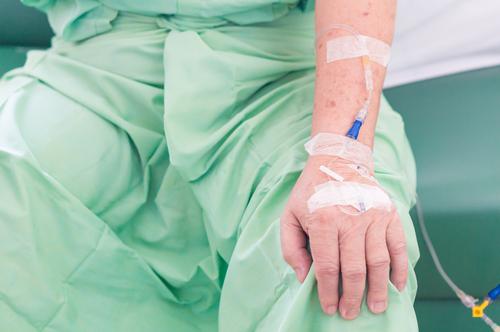 CPX-351, a liposomal encapsulation of cytarabine and daunorubicin, is safe and effective in elderly patients with secondary acute myeloid leukaemia (sAML), leading to remission and improving patient response to allogeneic stem cell transplantation (HSCT), a recent study has found.

Seventy-one elderly sAML patients (median age, 66 years; 54.9 percent male) participated in the study and were given CPX-351 as part of a compassionate use programme. Outcomes included treatment response and the incidence of adverse events.

While all 71 patients were able to receive the initial induction of CPX-351, three died before response assessment, leaving 68 available for further therapy and analysis. A total of 20 patients eventually received HSCT.

After a median of 36 days after the initial induction of CPX-351, 53.5 percent of the patients showed complete response. By the end of CPX treatment 70.4 percent of the participants were in complete remission, while 8.5 percent and 14.1 percent showed partial response or were refractory, respectively.

Ten patients relapsed over a median duration of 11 months, and the 12-month cumulative incidence of relapse was calculated to be 23.6 percent. Notably, competing risk analysis showed that CIR dropped when consolidation therapy with HSCT was conducted after CPX-351 (p=0.012).

A total of 21 patients died, including five whose causes of death were treatment-related. Refractory disease was the most common reason for death. The resulting 12-month overall survival rate was 68.6 percent, and the median was not reached. As with the incidence or relapse, HSCT following CPX-351 was a significant predictor of longer survival (p=0.011).

“CPX-351 can induce good quality remissions with acceptable toxicity in the majority of patients, and increases results of HSCT, through a reduction of transplant-related mortality and post-transplant relapse rate,” the researchers said. Further efforts are needed to identify factors affecting treatment response and to investigate the efficacy of CPX-351 in combination with other agents.