COVID-19 in pregnancy does not affect infant immunology 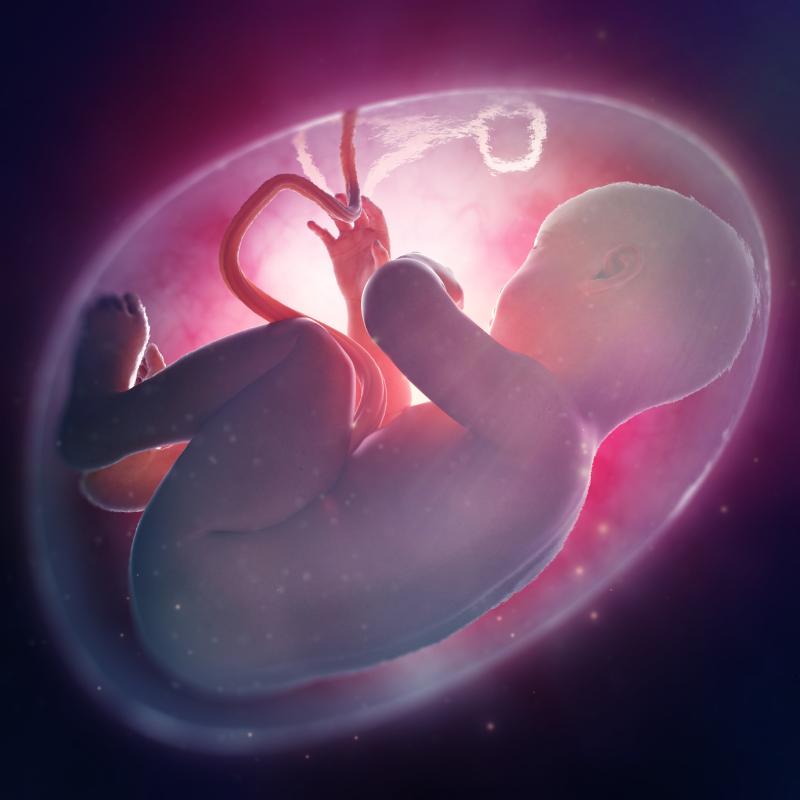 Infants born to mothers with the coronavirus disease 2019 (COVID-19) during the third trimester of pregnancy do not show altered cellular or humoral immunity, nor do they have unbalanced lymphocyte differentiation, according to a recent study.

“Our study is unique in demonstrating that intrauterine exposure poses no serious threat to the development of cellular and humoral immune function in near-term and full-term infants,” researchers said. “To our knowledge, this study is the first comprehensive and large-scale assessment report on the immune status of this population.”

Fifty-one pregnant women (mean age, 31.94±4.02) were included, of whom seven were positive for SARS-CoV-2 nucleic acid. All showed evidence of COVID-19 pneumonia upon chest computed tomography. A total of 51 neonates were also included, with an average gestational age of 38 weeks, and of whom more than half were female. [J Allerg Clin Immunol 2020;146:101-109]

Researchers found no significant differences in white blood cell, absolute lymphocyte count, CD3, CD8, and CD4 numbers among the three groups. This suggested that the window of maternal prepartum infection had no effect on the infant’s lymphocyte differentiation. Similarly, there were no among-group differences in terms of serum immunoglobulins.

Cytokines were likewise unaffected by the window of infection. While levels of tumour necrosis factor-α and interleukin (IL)-6 were notably suppressed in both symptomatic groups, statistical significance was elusive. Interferon-γ, IL-4, and IL-10 levels also appeared to be lower in infants born to mothers whose symptoms manifested within a week before delivery, though without reaching statistical significance.

However, researchers found that IL-6 levels were not normally distributed in the study cohort, and that the average concentration lay above the reference range. Moreover, they reported a significant and positive correlation between IL-6 and IL-10.

“Because IL-6 and IL-10 have promoting/tolerance effects in the inflammation process to control the usual inflammatory response, the imbalance between the two may lead to variable inflammation or immunosuppression,” the researchers explained.

“The biased expression of inflammatory factors may be an important indicator of complications,” they added.

In the present study, enrolees were sourced from the neonatal intensive care unit of the Zhongnan Hospital of Wuhan University. Those whose mothers had clinically or molecularly confirmed COVID-19 were eligible, excluding those who were premature, had incomplete lab data, or had suspected congenital malformations.

“Given the critical role of immunologic activity in COVID-19 pathogenesis and the possible influence of infected mothers on the differentiation of immunologic cells in newborns, we analysed the immunologic status of newborns born to mothers with COVID-19 in the third trimester,” the researchers said.

“Our results showed that the mother’s infection had no significant effect on the cellular and humoral immunologic status of the newborn and that lymphocyte differentiation was not seriously unbalanced,” they added.