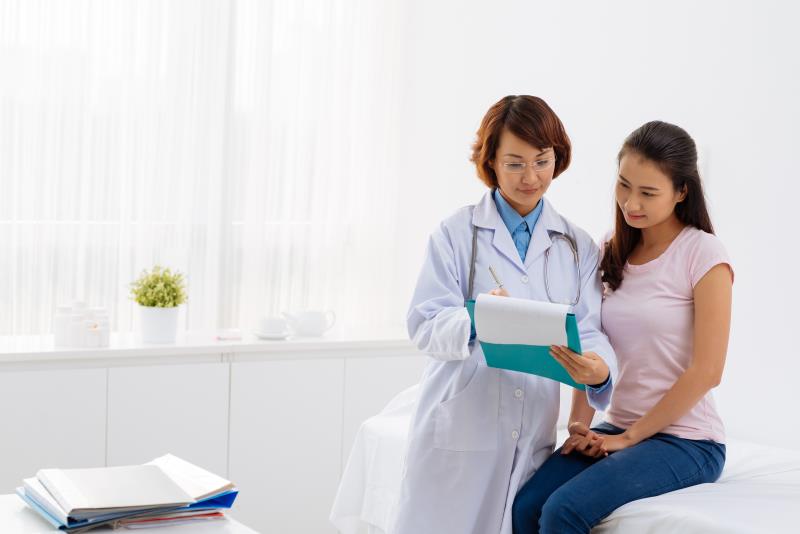 Fifteen of the 68 patients (22.1 percent) who underwent bacterial cultures had positive results, of which 12 were positive for Corynebacteria.

Treatment for granulomatous mastitis was primarily non-surgical (97.3 percent), with antibiotics (78.8 percent) and steroids (69.9 percent) the main treatment options (mean treatment duration, 3.6 and 17.3 days, respectively). Seventeen patients received antibiotics only, and 12 patients steroids only. Patients were followed up for a median 252 days.

Among the 23 patients (20.3 percent) who underwent surgery, incision and drainage was the most common procedure (n=11), with the other patients undergoing excision or vacuum-assisted biopsy (n=6 each). Twenty of these patients only underwent surgery after failure of medical options. About 75 percent of patients received more than one treatment.

Granulomatous mastitis recurred in 20 patients (17.7 percent). Seventeen of these patients had bacterial cultures done at initial presentation, with four having positive results and Corynebacterium present in all four.

“We were unable to establish statistical significance for various clinical and treatment factors that led to recurrence but found certain factors that contribute to higher odds of recurrence in our patients,” said the researchers, who suggested that the patient population may have been too small to produce conclusive results.

“The treatment of granulomatous mastitis is frequently complicated by difficulty in recognizing and diagnosing the disease, lack of an optimal treatment modality, prolonged treatment durations, and high recurrence rates,” said the researchers.

“Presenting with or receiving treatment due to signs and symptoms of inflammation conferred increased risk of recurrence,” said the researchers. Accordingly, patients who do not present with inflammatory signs and symptoms could benefit from observation first.

All patients initially treated with steroids alone achieved resolution, as opposed to about half of those who received antibiotics alone. “This suggests steroid therapy might be a more efficacious mode of treatment than antibiotics,” they said.

A further assessment pointed to a higher rate of Corynebacterium resistance to penicillin rather than clindamycin in this patient population. “[W]e suggest initiating a non-penicillin antibiotic … in patients with suspected granulomatous mastitis until antibiotic susceptibility profiles are available … with surgery reserved for cases that fail medical therapy,” the researchers added.