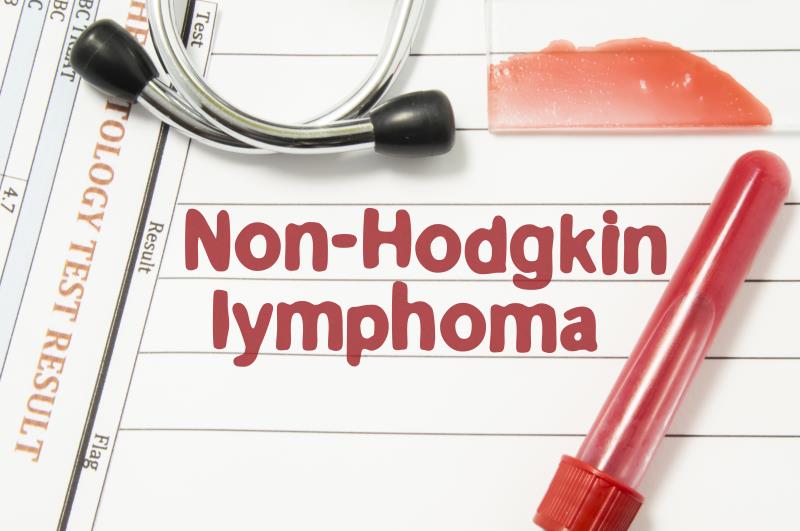 This multinational, double-blind trial included 458 adults with CD20+ indolent B-cell lymphoma* and ECOG performance status ≤2 who had relapsed following the last anti-CD20 monoclonal antibody-containing therapy and had been progression- and treatment-free for ≥12 months** after the last rituximab-containing treatment. They were randomized 2:1 to receive intravenous copanlisib (60 mg given over 1 hour on days 1, 8, and 15 on a 28-day cycle [intermittent dosing]***) + rituximab (375 mg/m2 weekly on days 1, 8, 15, and 22 during cycle 1, and on day 1 of cycles 3, 5, 7, and 9) or placebo + rituximab.

Patients had received a median two prior systemic therapies, and 99 percent had received rituximab. They were followed up for a median 19.2 months, during which time 205 PFS events occurred.

Overall survival at a median 30.1 months was immature, with longer follow-up necessary to assess this outcome.

Copanlisib- and placebo-related any-grade treatment-emergent (TE)AEs occurred in 95 and 65 percent of the respective groups, and serious TEAEs in 34 and 8 percent. TEAEs led to discontinuation in 31 and 8 percent of copanlisib + rituximab and rituximab + placebo recipients, respectively.

The most frequent grade 3–4 AEs were hyperglycaemia (56 percent [copanlisib + rituximab] vs 8 percent [rituximab + placebo]) and hypertension (40 percent vs 9 percent).

“[C]opanlisib-related hyperglycaemia and hypertension were infusion-related, transient, and manageable, and did not lead to significant treatment discontinuation, … [and were] managed primarily by means of glucose-lowering agents after infusion and antihypertensives, respectively,” the authors said.

“The … study showed that the addition of copanlisib to standard rituximab treatment is superior to rituximab alone in patients with previously treated relapsed B-cell indolent non-Hodgkin lymphoma,” said the authors.

“[T]o our knowledge, copanlisib is the first PI3K inhibitor to be safely combined with rituximab and the first to show broad superior efficacy in combination with rituximab in patients with indolent non-Hodgkin lymphoma across subtypes,” they pointed out. “[T]his combination could, therefore, be a potential substitute for rituximab backbone treatment in this patient population,” they said.