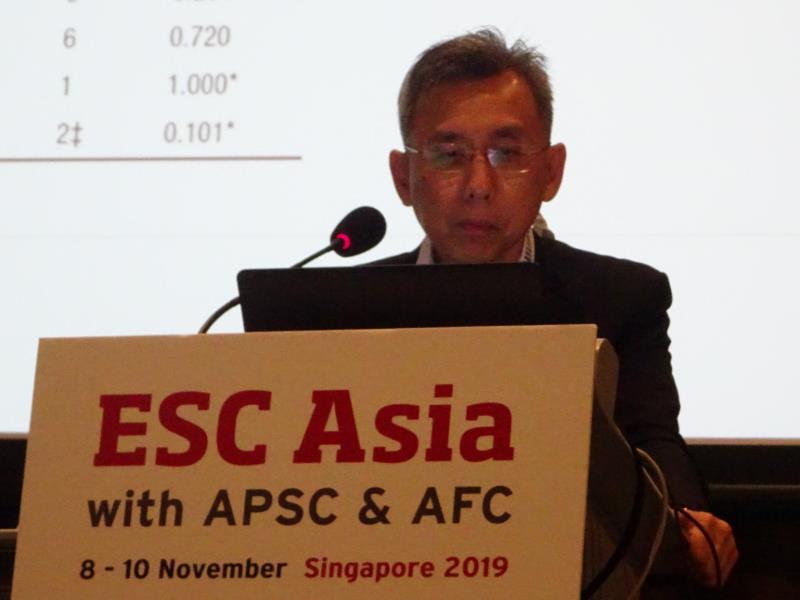 Many patients with nonvalvular atrial fibrillation (NVAF) in Thailand use anticoagulants, but the uptake of nonvitamin-K oral anticoagulants (NOACs) remains suboptimal despite showing an upward trend, according to data from the COOL-AF registry presented at the European Society of Cardioloy (ESC) Asia Congress 2019 with APSC and AFC.

These findings point to “an unmet need [for] stroke prevention in AF in a specific group of Asian population,” given that NOACs have been proven to be beneficial, said lead researcher Dr Rungroj Krittayaphong from the Siriraj Hospital, Mahidol University, Bangkok.

Interestingly, 90.9 percent of patients on anticoagulants used warfarin and only 9.1 percent used NOACs. Even then, only 41.8 percent of warfarin-treated patients had an international normalized ratio (INR) within the 2–3 therapeutic range.

In the subgroup of patients with a CHA2DS2-VASc score of ≥2 who had forgone warfarin, the common reasons endorsed for skipping treatment included current use of antiplatelet (26.6 percent) or NOACs (22.7 percent) and patient preference (23.1 percent).

According to Krittayaphong, there are several ways to prevent stroke in AF patients more safely, starting with giving preference to NOACs over vitamin K antagonists and using the HAS-BLED score to balance the benefit of stroke reduction against the risk of bleeding.

The expert also urged physicians to refrain from giving antiplatelet therapy alone or concomitantly with an oral anticoagulant without any specific indication. He pointed out that AF patients with stable coronary artery disease without a history of percutaneous coronary intervention or acute coronary syndrome within 1 year should be given oral anticoagulant without antiplatelet therapy.