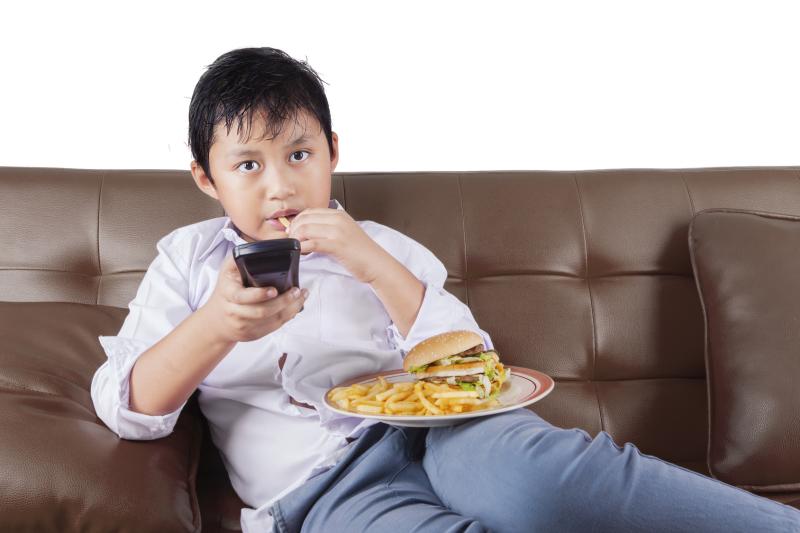 Cutting television advertisements of food and beverages high in fat, sugar, and salts (HFSS) may be a strong force in the fight against childhood obesity, according to a recent UK study.

“Long-term trials or studies that could test the relationship between exposure to less-healthy television food advertising in children (or adults) and weight gain are likely to be impractical and unfeasible ethically,” the researchers said. “Modelling studies, such as this, will be an important means and possibly the only means to quantify the impact of less-healthy food advertising on obesity.”

Drawing from the latest studies, advertising data, and population characteristics for the UK, the researchers constructed a model to evaluate the effect of limiting HFSS advertising on obesity rates in children aged 5–17 years.

They looked at two scenarios. In the first, all HFSS advertisements between 05:30 and 21:00 hours are withdrawn completely. The model estimated that this would lead to a drop of 9.1 kcal in children’s mean daily energy intake, in turn reducing the rate of obesity by 4.6 percent, and of overweight by 3.7 percent. [PLoS Med 2020;17:e1003212]

In absolute terms, under this type of ad restriction, there would be 40,000 fewer obese and 120,000 fewer overweight kids. “This could result in averting 240,000 disability-adjusted life-years (DALYs), with a health-related net monetary benefit of £7.4 billion, for today’s children across their lifetime,” the researchers said.

In the second scenario, all withdrawn HFSS advertising would instead be moved to between 21:00 and 05:30 hours. According to the model, this would soften the impact of the first, more restrictive scenario to a about a quarter to a third of its original effect.

For instance, the mean daily energy intake would decrease by only 2.8 kcal in the second scenario, as opposed to 9.1 kcal under complete ad withdrawal. In turn, the prevalence of obesity and overweight among children 5–17 years of age would drop only by 1.4 percent and 1.1 percent, respectively.

In addition, when all ads are moved to the opposite time window, the lifetime benefit would instead drop to 73,000 averted DALYs and to a monetary benefit of £2.2 billion.

“The difference between the two scenarios underscores the uncertainty around how the food and advertising industry will respond to any policy increasing restrictions on television HFSS advertising and highlights the need for a careful evaluation of any new policy to understand its actual impacts,” the researchers said.

Future efforts should look at the effects of moving HFSS ads not only to different time slots, but also to different media, they added. There is also a need to understand the viewing preferences and patterns by children and how HFSS ads affect purchasing behaviours, which may also have a role to play in obesity.

“Our findings suggest that television advertising of less-healthy food, and likely other similar advertising (ie, video advertising online), makes a meaningful contribution to increasing levels of childhood obesity,” the researchers said. Actions to cut the exposure to these ads are likely to contribute to the government’s goal of reducing childhood obesity by half by 2030.