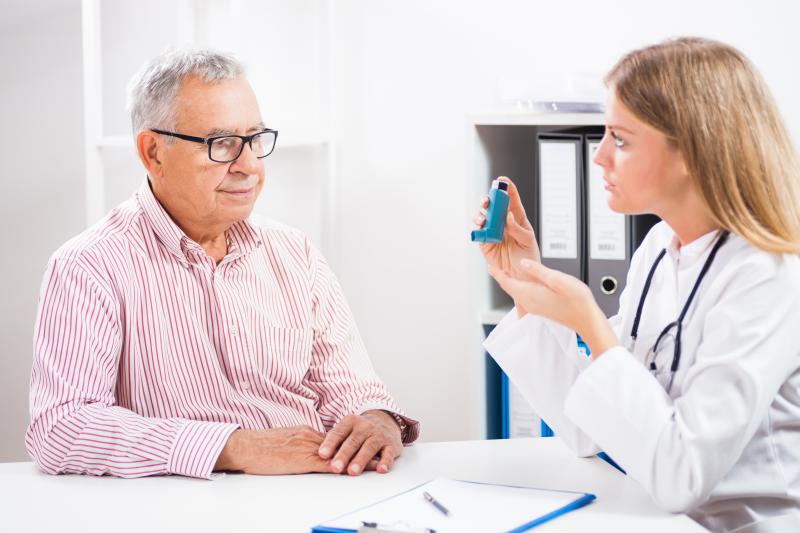 Older adults who receive continued repeated guidance show fewer errors in inhaler use, according to a recent study.

In particular, both age subgroups had the most trouble with inhalation speed when using DPI devices, while older patients also committed errors in terms of inhaler dosage, continuity and drug set. These tended to improve after the second and third visits, though gargling emerged as also problematic during the second visit. Inhalation speed continued to be an issue until the third visit.

In terms of pMDI use, gargling was the dominant error in both younger and older patient subgroups, though both also showed problems with continuity, drug set, exhalation, inhalation speed, and breath hold. These tended to improve over three visits.

“In our study, the inhalation speed of DPI and gargling after DPI and pMDI were the most commonly reported errors in elderly patients,” the researchers said. “For pMDI, gargling was the most commonly observed error in the first visit in those under and over 70 years of age.”

“We hypothesized that younger patients may also be confused at the first visit because pMDI requires multiple rounds of gargling daily,” they added, pointing out that the spike in gargling errors in DPI users by the second visit could be attributed to patients who developed sore throats, making it bothersome for them to gargle after inhaler use.

The retrospective study also looked at the effects of continued and repeated pharmacist-delivered guidance regarding inhaler use in both older and younger patients.

In total, pMDI errors were dominant during the first visit (p<0.001 vs DPI), while DPI errors spiked significantly by the second visit and continued to be more frequent than pMDI errors through visit four (p<0.001). Nevertheless, errors declined steadily through six guidance visits.

“We demonstrated that elderly patients >70 years of age are eligible for continuous repeated guidance to reduce inhalation errors like inhalation speed and gargling errors,” the researchers said. “More long-term observation may enhance this conclusion.”