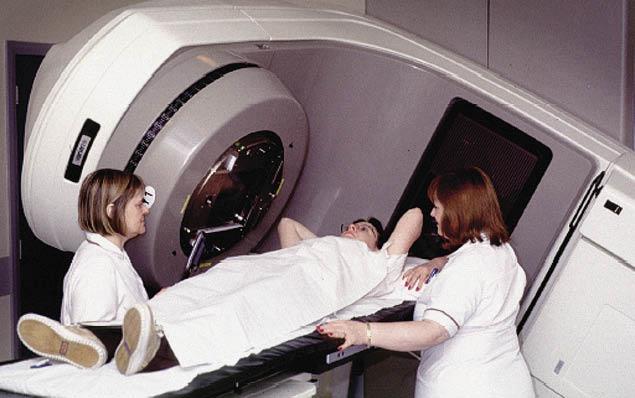 Of the participants, 58 percent had early-stage malignancies and 43 percent had bulky disease. Majority (61 percent) received at least six chemotherapy cycles, while approximately two-thirds underwent radiotherapy of at most 36 Gy. In terms of cell-of-origin, 27 percent, 30 percent and 43 percent were of germinal centre (GC), nongerminal centre (NGC) and unknown origins, respectively. [Radiol Oncol 2019;doi:10.2478/raon-2019-0045]

The 5-year OS and DFS estimates were 92 percent and 73 percent, respectively. In both cases, median survival thresholds were not achieved. Only response to radiotherapy emerged as a significant predictor of OS (HR, 6.26, 1.53–25.7; p=0.011).

“We report encouraging survival and disease control rates in this cohort,” said researchers, pointing out that the relative advantage afforded by complete radiotherapy response was in consonance with the wide literature. “This was not an unexpected finding as it is likely suggestive of better tumour biology.”

The consensus around bulky disease, on the other hand, is less uniform, with definitions varying from study to study. Nevertheless, it is typically an indication for consolidative radiotherapy, they continued. “As such, it is likely that consolidative [radiotherapy] reduces the risk of disease recurrence but does not prevent it.”

This was reflected in the present findings, where 13 patients were reported to have failed treatment. Five failures occurred inside the treatment field, while 11 and 10 cases were reported at nodal regions and at distant sites, respectively. The median time to local recurrence was 6 months. Three of the five failure cases survived to the final follow-up while the other two died to disease progression.

“Our data spans over 15 years, where staging methodology, chemotherapy choices and response assessment modalities have evolved,” said the researchers. “Moreover, there is evidence to show that the survival of DLBCL patients has improved over the years.”

“A well-designed randomized controlled trial, comparing patients treated with chemotherapy alone, would be useful to determine the additional benefit of [radiotherapy],” they added.