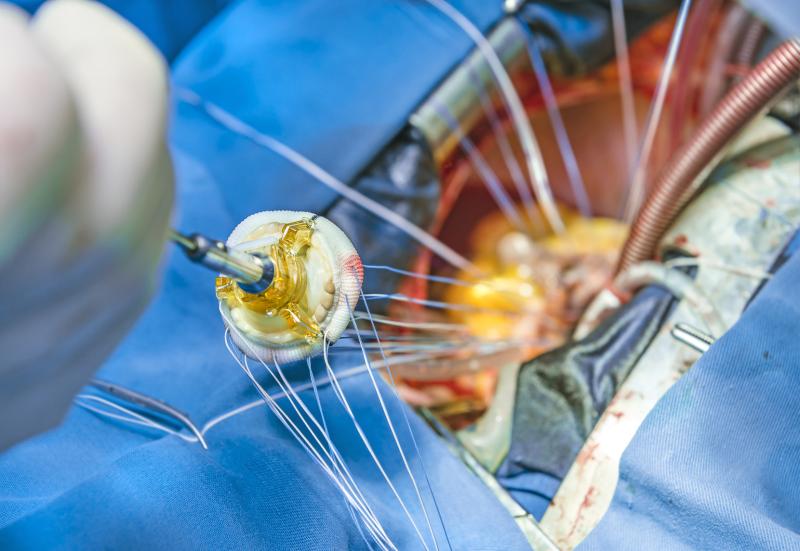 In intermediate risk patients, the TAVR is found to have better outcomes

Implantation with new-generation, self-expanding aortic valves appears to result in a significant spike in the rates of high-degree cardiac conduction disturbance (HDCD), such as an increase in PR and QRS intervals, reports a new study.

The study included 344 consecutive patients who underwent transcatheter aortic valve replacement (TAVR) for severe aortic stenosis, all of whom received new-generation self-expandable valves. Electrocardiography parameters were assessed at baseline, before discharge, and after TAVR.

The net result was that by hospital discharge, both PR interval and QRS complex width saw a slight but significant increase from baseline, with respective change values of 12.6 and 21.4 ms (p<0.001 for both).

“New generation self-expanding valves were associated with a significant increase in PR and QRS interval at hospital discharge leading to a very high rate of HDCD,” the researchers said.

“These results should be validated in a large-scale prospective study to corroborate their predictive capacity,” they added.