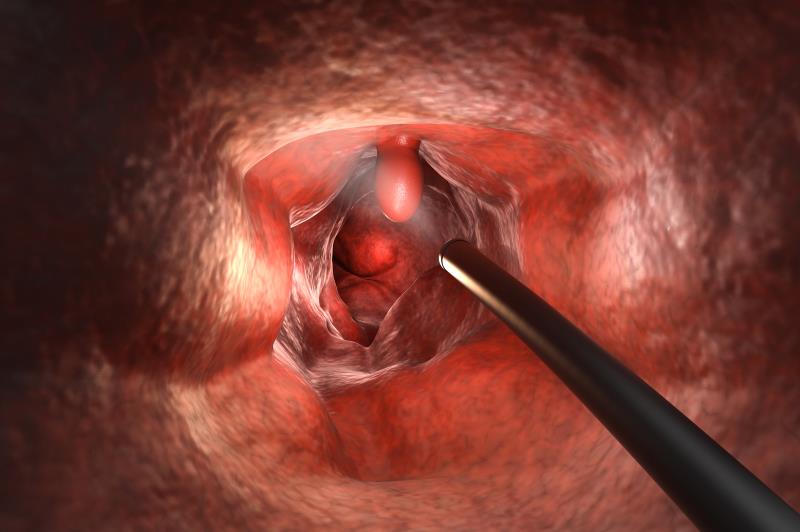 ENDOANGEL, a quality improvement system for colonoscopy, significantly enhanced colorectal adenoma yield during the procedure, a single-centre study has shown.

“Improvement of the adenoma detection rate (ADR) with [ENDOANGEL] could lead to a reduction in mortality from colorectal cancer (CRC). Moreover, [it could] standardize the technical skills of endoscopists. Our study confirmed the feasibility of using deep learning to improve the quality control of colonoscopy,” said the researchers.

Endoscope insertion and withdrawal time are typically recorded with a stopwatch by an assistant or endoscopy nurse. [Gastroenterology 2015;149:952-957] Conversely, ENDOANGEL automatically times the withdrawal process, noted the researchers. “[T]herefore, [ENDOANGEL] can give endoscopists real-time feedback to monitor and control the time spent on each colonoscopy.” Moreover, the recorded times may serve as a tool for retrospective observation, they added.

The per-protocol analysis revealed similar results favouring ENDOANGEL over the unassisted method in terms of ADR (17 percent vs 8 percent; OR, 2.18; p=0.0026) as well as the other parameters in the ITT analyses. The consistency between the two analyses underline the ability and reliability of ENDOANGEL in this setting, noted the researchers.

Evidence has shown that 26 percent of adenomas are missed during colonoscopy, while 12 percent of CRC cases are not diagnosed during colonoscopies done within 5 years. [Gastroenterology 2019;156:1661-1674; Gastrointest Endosc 2016;84:287-295] Moreover, the varying techniques used may lead to impaired detection of CRC and precursor lesions, noted the researchers.

“ENDOANGEL … uses computer vision, real-time monitoring of withdrawal speed, timing of colonoscopy intubation and withdrawal, and provides reminders to endoscopists of blind spots [caused by endoscope slipping], in addition to live-tracking previously seen frames during colonoscopy,” said the researchers. “[Therefore, this] could be a powerful assistant for mitigating skill variations among endoscopists [from subjective factors and external pressure] and improving the quality of everyday colonoscopy.”

Despite its ability to detect diminutive lesions, ENDOANGEL did not fare as well in detecting small lesions (6–9 mm) potentially due to the small sample, noted the researchers. Therefore, larger studies are warranted to substantiate the performance of ENDOANGEL in detecting lesions of different sizes.

The researchers also called for multicentre trials to ascertain the adaptability and efficacy of ENDOANGEL in other centres and regions, they added.