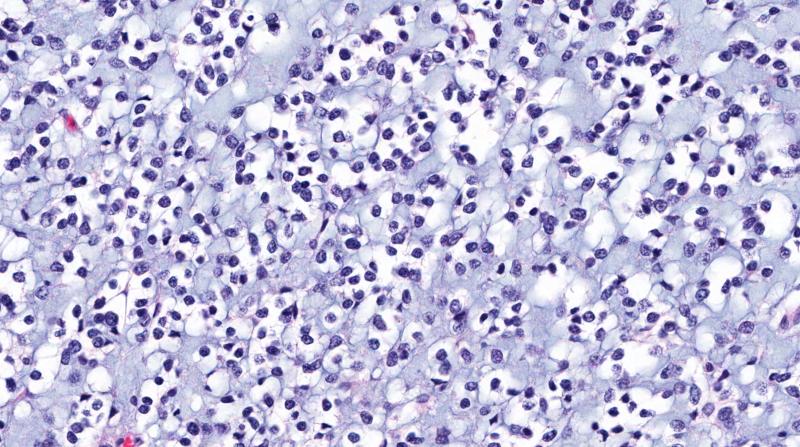 Children with optic pathway gliomas (OPGs) fare better with a combination of treatments, as it leads to longer disease remission compared with single-modality treatment, as shown in a Singapore study.

In a cohort of 22 paediatric OPG patients with 194.8 patient-years of follow-up, various forms of surgery, chemotherapy, and radiotherapy—when given alone—were associated with a shorter duration of remission as opposed to when these treatments were combined with one another (mean, 45 vs 84 months; p=0.007). [Front Surg 2022;doi:10.3389/fsurg.2022.827675]

Indeed, a Cox regression curve that was controlled for patient's age at treatment initiation confirmed that combined therapy conferred a better progression-free survival (PFS) benefit than monomodality therapy (p=0.037). This was despite the similar rates of visual and endocrinological dysfunction, as well as obesity, in the two treatment groups, according to the investigators.

“Our study contributes to the current body of literature, especially from the perspective of an academic, tertiary institution based in Southeast Asia,” they said.

The high OS observed in the cohort might be attributed to the multiple treatment cycles underwent by each patient and a long duration of remission between each cycle, according to the investigators.

“Almost half of the patients in this series (45.5 percent) underwent more than one treatment cycle; two patients had three treatments and three patients had four treatments. Of these secondary treatments, half were combined therapy,” they said.

The majority of patients (93.3 percent) who received combined therapy, both as primary or subsequent therapies, underwent surgical resection followed by radiotherapy and/or chemotherapy. This approach, according to the researchers, seemed to prolong the duration of disease remission between each treatment. The duration of remission between each treatment cycle was also significantly longer with combined treatment than with monomodality treatment (mean, 84 vs 45 months; p=0.007).

Paediatric OPGs are said to be extremely challenging to manage. They are the most common intrinsic primary brain tumour affecting the optic pathway. Yet, the investigators noted that there remains no global consensus on the best treatment approach to date.

“[T]he role of aggressive surgery for OPG is currently deemed less favourable, in view of the risks of iatrogenic injury to the hypothalamus, surrounding vascular structures, and the optic apparatus. Next, historical experience with the complications of radiation treatment have led to preferential delay in its utilization,” the investigators said. [Neurol Med Chir 2018;58:1-9; J Clin Oncol 2009;27:3691-3697]

“In recent years, there has been a paradigm shift towards the use of targeted therapy such as BRAF and MEK inhibitors, and modern neurosurgical adjuncts for safer surgery via endoscopic approaches,” they added. [Curr Treat Options Neurol 2015;17:333; Neuro Oncol 2017;19:1135; Childs Nerv Syst 2019;35:73-81]

The investigators shared that in their current institutional practice, all brain tumour cases are discussed at multidisciplinary meetings for consensus on the treatment approach for individual patients. After this, the neuro-oncology team thoroughly confers with patients and their caregivers to talk about the natural history of the disease and treatment recommendations.

“The management of paediatric OPG requires ongoing collaborative efforts to elucidate the optimal treatment strategy… We strongly advocate international collaborations with like-minded individuals, to work towards better disease understanding of OPGs,” they said.