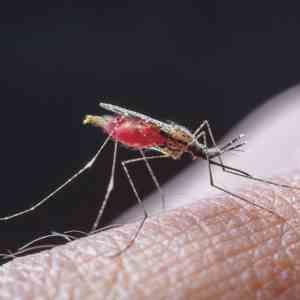 Once-a-month prevention pill succeeds in malaria-endemic areas
Jairia Dela Cruz, Yesterday
Monthly prophylaxis with the fixed-dose combination of naphthoquine-azithromycin (NQAZ) is well tolerated and confers significant protection against infection with Plasmodium parasites among individuals residing in malaria-endemic areas in Southeast Asia, as shown in the results of a phase III trial.

The condition has a considerable impact on quality of life (QoL) due to persistent itching and scratching, which can lead to skin infections, sleep deprivation, and difficulties concentrating at work or school. [Int J Clin Pract 2006;60:984-992; Ann Nutr Metab 2015;66 Suppl 1:8-16] Eczema was, in fact, ranked as the skin condition with the highest burden of disease in the 2010 Global Burden of Disease Study. [Lancet 2012;380:2197-2223]

Moisturization is an integral part of eczema treatment and a recent Cochrane review has provided evidence-based support for the effectiveness of moisturizer use in affected patients. The researchers searched the Cochrane Skin Specialized Register and the CENTRAL, MEDLINE, Embase, LILACS, and GREAT databases for all studies of moisturizer use in eczema published from registry/database initiation through to December 2015. They also searched five trial registers as well as the reference lists of relevant studies to identify other relevant trials. [Cochrane Database Syst Rev 2017 Feb 6;2:CD012119]

In total, 77 studies that collectively assessed 6,603 participants (mean age 18.6 years) were included in the final review. Of these, 36 were considered at high risk of bias, in 34 the risk was unclear, and seven studies were considered unlikely to be biased. The primary study outcomes included ‘participant-assessed disease severity’ (n=24) and ‘satisfaction’ (n=13); secondary outcomes included ‘investigator-assessed disease severity’ (n=65), skin barrier function (n=29), flare prevention (n=16), QoL (n=10), and corticosteroid use (n=8). Adverse events were assessed in 41 studies, and were limited to the following descriptions: smarting, stinging, pruritus, erythema, and folliculitis. Six of the 77 studies compared moisturizer use with no moisturizer use.

Eczema Area and Severity Index (EASI) scores were assessed as a secondary outcome in all four studies in order to measure investigator perception of improvements in disease severity. Although EASI scores were reduced from baseline among the 426 participants who received Atopiclair (mean difference -4.0, 95 percent CI, -5.42 to -2.57, p<0.00001), the minimum important difference of 6.6 (a measure considered indicative of clinical relevance) was not met. Nevertheless, the researchers determined that there was moderate quality evidence for the safety and efficacy of Atopiclair with a relatively low risk of bias across all of the studies. No statistically significant difference in adverse event reports was noted among Atopiclair and vehicle recipients in the four different studies (RR, 1.03, 95 percent CI, 0.79–1.33).

Atopiclair has a higher level of evidence than other emollients
The authors found that most moisturizers provide beneficial effects for eczema patients by prolonging the time to, and reducing the number of, flares, as well as by reducing the amount of topical corticosteroids required for disease control. They did not find any reliable evidence of superiority of any one agent vs another, but it is worth noting that there is a higher level of evidence for the effectiveness of Atopiclair compared with other branded emollients. Atopiclair has been the subject of numerous randomized controlled trials (RCTs) whereas other agents have either not been included in an RCT or have been assessed in fewer studies. Notably, Atopiclair was the only brand of emollient mentioned in the primary findings from the review.

Conclusion
Atopiclair is a safe and effective agent that is useful for reducing the severity of eczema, in particular itching and disease flares, and the majority of patients report that they are satisfied with the agent once they have used it.

Introduction
Atopic dermatitis is a chronic recurring eczema commonly seen among children. Globally the condition is becoming increasingly more prevalent and affects around 20 percent of the paediatric population.
The condition manifests as very itchy inflammation of the skin, and the distribution of rash sites differs depending on the age of the patient. Rash is commonly observed on the extensors and cheeks of infants, whereas in children it is more often seen on flexural areas of the knees and elbows. As the condition progresses and becomes more chronic, the rash sites thicken and become calcified. The most common AD presentation is dry, itchy, and inflamed skin. Dryness is a key problem as it causes a breakdown of the skin barrier, which renders the already inflamed skin susceptible to triggers that can further exacerbate the condition, such as allergens and infectious microorganisms.  As clinicians, we need to determine how best to combat this dry skin in order to avoid subsequent complications.

Patient management
Managing AD patients is challenging given the chronicity and recurrent nature of the condition, but addressing the dryness of the skin is key. Therefore, in addition to using topical anti-inflammatories such as corticosteroids or calcineurin inhibitors such as tacrolimus, we need to emphasize to patients that it is imperative that they make use of moisturizers.

Atopiclair is an appropriate agent to recommend to AD patients because it is formulated using several key ingredients that together address inflammation, itching, and dryness. In particular, glycyrrhetinic acid has anti-inflammatory and antipruritic activity (non-steroidal). Telmestine addresses itching, has antiprotease action, and inhibits elastase, collagenase, and matrix metalloproteinase, which are expressed at high levels in patients with AD. Vitis vinifera has antioxidant and antiprotease activity, which may help protect against breakdown of the epidermis. Together with shea butter, both help to combat dryness. Finally, hyaluronic acid in the emollient helps to moisturize the epidermis and restore barrier function.

Essentially, the product contains five ingredients that address the key symptoms experienced by atopic patients. This is unique as no other emollient on the market can address all three symptoms of atopic eczema. Moreover, by combining these ingredients in a single product, it is possible to reduce the number of topical agents required, which therefore also reduces the economic burden faced by patients and improves compliance  as well as QoL.

Evidence-based medicine is important for establishing confidence in an agent by showing that it has been vetted in RCTs. Atopiclair has been the subject of many such trials and the level of evidence for its efficacy is high, that is, at level 1. The Cochrane review focuses on systematic reviews of RCTs and includes many types of evidence. The current report clearly shows that Atopiclair addresses many of the symptoms commonly encountered by patients and confirms its efficacy.

Conclusion
For clinicians, the new report provides more evidence justifying the use of Atopiclair by AD patients. It can be used to reassure a patient that many other individuals with the same condition have benefited from using Atopiclair and it is likely that they will as well.

Once-a-month prevention pill succeeds in malaria-endemic areas
Jairia Dela Cruz, Yesterday
Monthly prophylaxis with the fixed-dose combination of naphthoquine-azithromycin (NQAZ) is well tolerated and confers significant protection against infection with Plasmodium parasites among individuals residing in malaria-endemic areas in Southeast Asia, as shown in the results of a phase III trial.