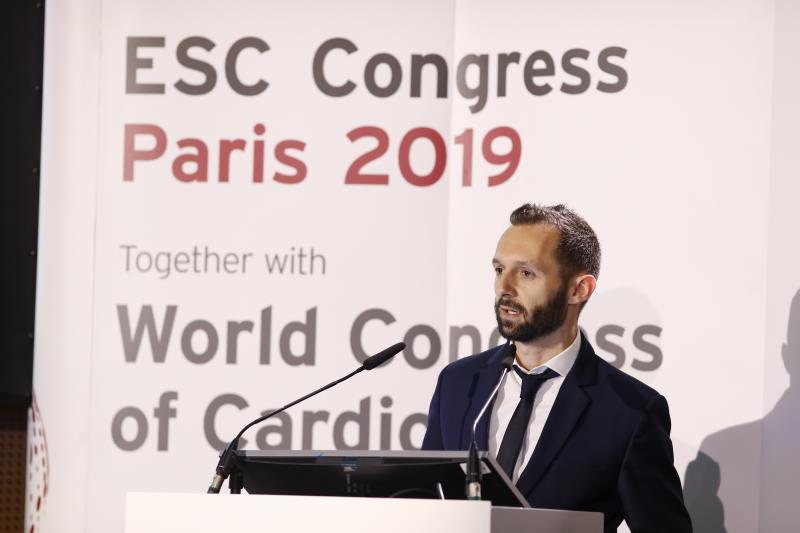 Angina in patients with a history of myocardial infarction (MI) is associated with a higher rate of cardiovascular (CV) death or nonfatal MI, according to late-breaking results from the CLARIFY registry presented at the European Society of Cardiology (ESC) Congress 2019 and World Congress of Cardiology (WCC) 2019.

“The main goals of CLARIFY were to describe the demographics, clinical characteristics and management of patients with chronic coronary syndrome, as well as to assess the rates and determinants of outcomes in these patients,” said Sorbets.

A cox proportional hazards model showed that the main independent predictors of the primary outcome were prior hospitalization for heart failure, current smoking, atrial fibrillation, living in Central/South America, prior MI, prior stroke, diabetes, current angina, and peripheral artery disease.

“In spite of the demographic differences, where the females enrolled in our study were older, had higher rates of treated hypertension, and had lower rates of current smoking, prior MI, PCI, and CABG, yet more commonly experienced anginal symptoms, the primary outcomes were very similar for both men and women,” commented Sorbets.

“But the high medication rates did not translate into achieving therapeutic targets for a large proportion of patients,” noted Sorbets. “Only 29 percent of patients achieved the latest and most stringent recommended targets of <130/80 mm Hg for blood pressure, only 20.1 percent achieved the latest target for LDL-cholesterol of <70 mg/dL, and just 7.4 percent of patients achieved both therapeutic goals.” [Eur Heart J 2018;39:3021; Eur Heart J 2019, doi: 10.1093/eurheart/ehz425]

“In this broad population with chronic coronary syndrome, rates of major CV events were lower than those observed in historical datasets, which may reflect improved global medical care. However, patients with both angina and prior MI are an easily identifiable high-risk group, which may warrant more intensive treatment,” concluded Sorbets.