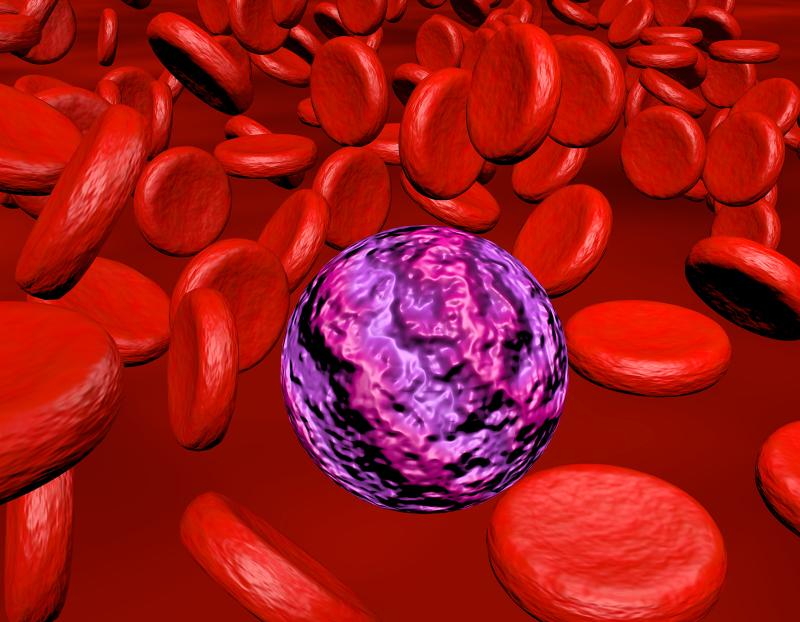 “In designing CLAM, we reduced the dose of clofarabine and cytarabine [normally used for R/R AML], with the objective of decreasing infection risks to facilitate subsequent allogeneic haematopoietic stem cell transplantation [allo-HSCT]. To maintain efficacy, we added mitoxantrone, which is active in refractory AML,” explained the researchers. [Curr Treat Options Oncol 2017;18:17]

The median duration of response (DoR) for all responding patients was 5 months. The DoR was comparable between CR and CRi patients (5.5 months and 4 months, respectively; p=0.67). For CR/CRi patients undergoing allo-HSCT (n=22), the median DoR was 5.5 months, which was similar to the average DoR of 5 months achieved by patients not undergoing allo-HSCT (n=30; p=0.49). “A median DoR of 5 months is meaningful for organization of HSCT,” noted the researchers.

Of the 22 patients who underwent allo-HSCT, nine had the procedure immediately after CLAM reinduction and 13 after CLAM consolidation. While no treatment-related deaths occurred, acute and chronic graft-vs-host disease was observed in 11 patients and 7 patients, respectively. After a median follow-up of 21.5 months post-HSCT, there were three relapses.

“The main toxicity of CLAM was haematologic and all patients developed grade 3 neutropenia, thrombocytopenia, and neutropenic fever requiring empirical antibiotics,” reported the researchers. “However, toxicity was manageable and did not compromise subsequent allo-HSCT, which, when performed after CLAM-induced CR/CRi, resulted in excellent survival.”

“In this era of molecular targeting, CLAM offers the advantage of a highly effective and readily available regimen, which obviates the delays associated with recruitment into clinical trials or sourcing of targeted drugs. As precious time is saved, patients can quickly be bridged to potentially curative allo-HSCT,” concluded the researchers.