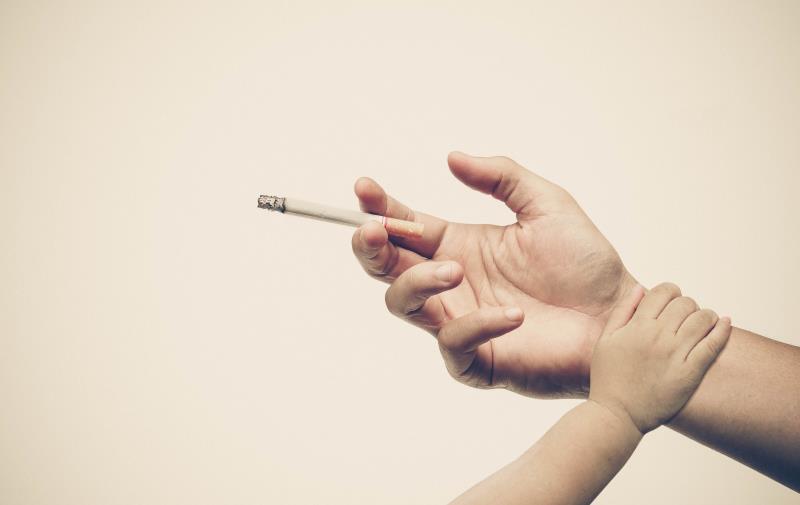 Moreover, the study suggests that part of the association may be mediated by a higher likelihood among offspring of smokers to smoke themselves.

“These data show that parental smoking influences the risk of AF among offspring, demonstrating chronic deleterious effects that are relevant decades after the initial exposure,” said the researchers.

“These observations provide new information pertinent to smoking cessation and avoidance, highlighting the harms that may be associated not only ‘to others’ but to close and the most vulnerable members of the family,” they added.

Participants in the longitudinal study were 2,816 offspring at least one parent whose smoking status was documented in the original cohort for the study. Data on parental smoking (including number of sticks per day) were collected until the child reached 18 years of age — revealing that 82 percent were exposed to parental smoking. The offspring were evaluated every 2–8 years and were followed routinely for incident AF.

For every pack*/day more smoking by the parents, AF incidence increased by 18 percent in the offspring (adjusted hazard ratio [HR], 1.18; p=0.04), after adjusting for multiple variables such as age, sex, BMI, hypertension, diabetes, coronary heart disease, family history of AF, and alcohol consumption.

Furthermore, offspring of parents who smoked were 34 percent more likely to pick up smoking themselves compared with offspring of nonsmokers (adjusted odds ratio, 1.34; p<0.001) — indicating parental smoking as a risk factor for offspring smoking.

Mediation analysis revealed that 17 percent (95 percent confidence interval, 1.5–103.3) of the association between parental smoking and AF risk in offspring was explained by a greater likelihood of the smokers’ offspring to smoke themselves.

“These findings highlight potential new pathways for AF risk that begin during childhood, offering new evidence to motivate smoking avoidance and cessation,” said the researchers. “Whether related to acute smoke inhalation during development and/or learned behaviours that influence risk later in life, these observations may provide new evidence to motivate current smokers to quit and potential smokers to avoid smoking altogether.”

“As the world experiences an increasing burden of AF, it is imperative to identify AF risk factors beyond traditional cardiovascular comorbidities and ideally to highlight lifestyle factors that can be readily,” they stated.

According to the previous epidemiological studies, up to 7 percent of all AF cases can be attributed to smoking.

“[The findings] make us increasingly appreciate … the importance of continued efforts toward smoking cessation and prevention of smoking initiation,” wrote Dr Alanna Chamberlain from the Mayo Clinic in Rochester, Minnesota, US in a commentary. [J Am Coll Cardiol 2019;doi:10.1016/j.jacc.2019.08.015]

“These findings are a reminder to clinicians to document every patient’s tobacco use and secondhand smoke exposure at every visit, and to offer smoking cessation treatment to every smoker,” she urged.