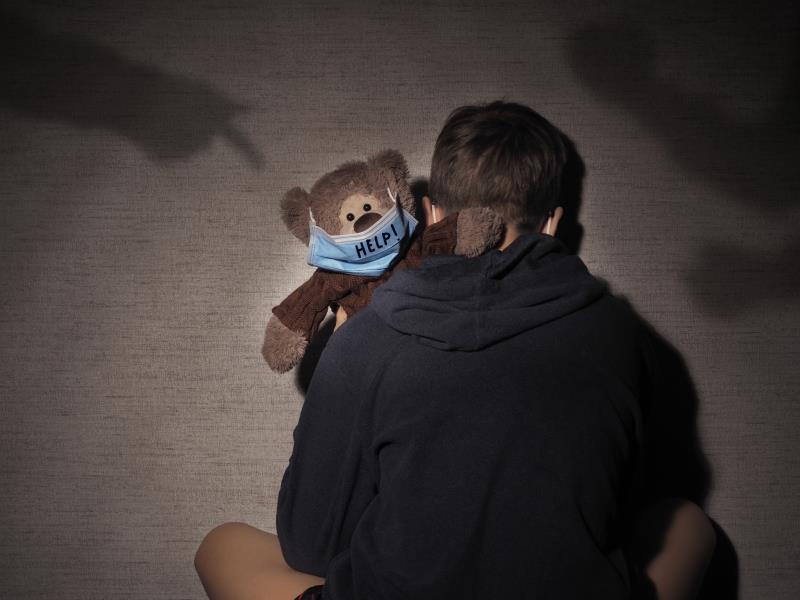 Child abuse rates appear to have increased during the lockdowns imposed to control COVID-19 transmission, according to a study from the US presented at the 2021 American Academy of Pediatrics National Conference & Exhibition (AAP 2021).

Using data from the National Trauma Data Bank, the researchers of this multicentre, retrospective study identified individuals aged <18 years with traumatic injuries due to non-accidental trauma documented between the initiation of Stay-at-Home orders (SHOs) until September 2020 (COVID-19 period). They were compared with a control group of individuals with these injuries documented between March–September 2016–2019 (control period). Of the 39,331 patients with paediatric trauma in the nine Level I paediatric trauma centres included, 2,064 had documented non-accidental trauma.

There was a significant increase in the proportion of individuals aged >5 years who experienced non-accidental trauma during the COVID-19 period compared with the control period (30.8 percent vs 13.5 percent [n=103 vs 36]; p<0.001). [AAP 2021, Section on Surgery Program]

SHOs were implemented to reduce the spread of COVID-19. However, job losses and financial strain affected adults during this period and children were unable to attend school. The researchers hypothesized that the rates of non-accidental trauma would increase during this period due to the inaccessibility to mandatory reporters in a child’s life.

“Economic and emotional stress, in addition to the absence of other adults in the child’s life that would typically recognize and report abuse, may have contributed to increased rates of child abuse during the COVID-19 pandemic,” presented study author Dr Amelia Collings from the Department of Surgery, Indiana University, Indianapolis, Indiana, US.

“While school-aged children were sheltered at home, teachers, healthcare workers, coaches, and other adults outside the family were not there to notice signs of physical abuse,” she continued.

“The findings of our study may reflect the difference in how schools and day-cares are viewed. In many areas, day-cares were considered essential businesses and remained open during the shutdown. It is possible this is why we didn’t see a large change in suspected abuse rates in the younger age group,” Collings pointed out.

“However, with older children out of school and many parents financially vulnerable during this time, family dynamics may have escalated to oftentimes untenable situations. We need to be able to provide support for these families and safeguard against feelings of desperation.”

A separate single-centre, retrospective study showed that violence-related injuries during the pandemic were common among children aged 10–15 years.

In this study, the researchers used data from an urban academic paediatric emergency department (ED) and trauma centre in the Mid-Atlantic region and identified 819 individuals aged 10–15 years who presented at the ED between January 2019 and December 2020. The time frame of presentation was divided into two periods, pre-pandemic (January 1, 2019–March 29, 2020) and pandemic (March 30, 2020–December 31, 2020). More than half the injuries (54.7 percent, n=448) were inflicted by a family member.

The proportion of injuries from a family member did not differ between the pre-pandemic and pandemic periods (54.6 percent vs 54.9 percent; p=0.99). [AAP 2021, Council on Injury, Violence, and Poison Prevention Program]

The incidents primarily involved parents or guardians (76.6 percent), with 84 percent of incidents occurring at home. Eighty-four percent of patients were African American or Black and 54 percent were female. In 67 percent of cases, the patients were transported to the hospital by the police.

One factor that changed during the pandemic was the involvement of alcohol, illegal drugs, and weapons in these injuries. Pre-pandemic, alcohol, illegal drugs, and weapons were involved in 10.0, 6.5, and 10.7 percent of incidents, respectively. This increased to 18.8, 14.9, and 23.8 percent, respectively, during the pandemic (p≤0.001). A knife was the most used weapon.

“The increased involvement of alcohol, illegal drugs, and weapons during imposed stay at-home mandates requires investigation as a contributor to violence-related injuries during adolescence,” said Mattea Miller, a medical student at The Johns Hopkins University School of Medicine, Baltimore, Maryland, US, and co-authors.

Ninety-two percent of patients received a consultation from a social worker and 98.7 percent were discharged from the ED.

“More than half of violence-related injuries in our adolescent population occurred from family violence, including child maltreatment and physical fighting,” said Miller. “Given that exposure to family violence increases an individual’s risk for perpetrating violence in their own future relationships, the ED is an appropriate setting to identify at-risk youth and initiate preventive interventions,” Miller said.