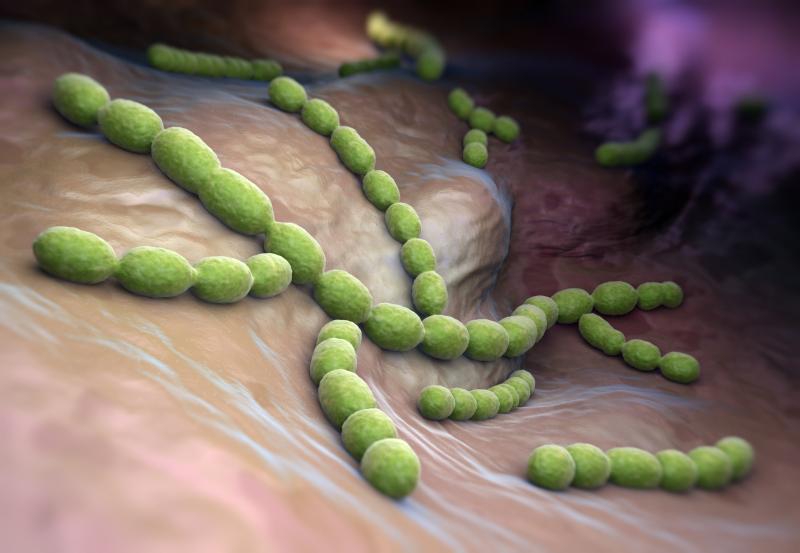 Infective endocarditis in very elderly patients frequently occurs due to Enterococci and is associated with higher mortality compared with that in younger patients, a study has shown. Moreover, surgery—which carries an excellent prognosis—appears to be underutilised in the octogenarian population, yielding high mortality in those who have not undergone an operation.

With the aim of characterizing infective endocarditis in octogenarians, researchers prospectively examined 454 patients. Of these, 230 were aged <65 years, 173 were between 65 and 80 years, and 51 patients were over 80 years. The main outcome investigated was 1-year mortality.

In the ≥80 years old group specifically, Enterococci and Streptococcus gallolyticus were the common microorganisms. Embolism under antibiotic therapy (21.6 percent; p=0.03) and renal failure (51 percent; p=0.004) occurred frequently. Surgery was theoretically indicated in 38 patients; mortality was low in the 16 operated patients (6.3 percent), but very high in the 22 patients who had not undergone the procedure (72.7 percent).

Of note was that although octogenarians were less often operated, their survival after surgery was excellent and comparable to that of younger patients (93.7, 89.9 and 90.4 percent). Nonperformance of surgery was associated with very poor prognosis.

An uncommon infection, infective endocarditis has an incidence of between 30 and 90 per million inhabitants per year. The elderly represents an increasing proportion of infective endocarditis patients, with the infection being associated with less severe clinical symptoms and delayed diagnosis, but more complications and higher mortality. [BMC Infect Dis 2011;11:48; Arch Intern Med 2008;168:2095–103; Rev Esp Cardiol 2011;64:329–33]

The current data suggest that age alone should probably not be regarded as a contraindication to surgery underscore. Researchers believe that the study will have a significant impact on the management of infective endocarditis in octogenarians.

“A better implementation of ESC guidelines, a more frequent use of surgery and a greater cooperation between cardiologists and geriatricians will help improve the management of octogenarian patients with IE, the incidence of which is likely to increase considerably in the coming years,” they said.