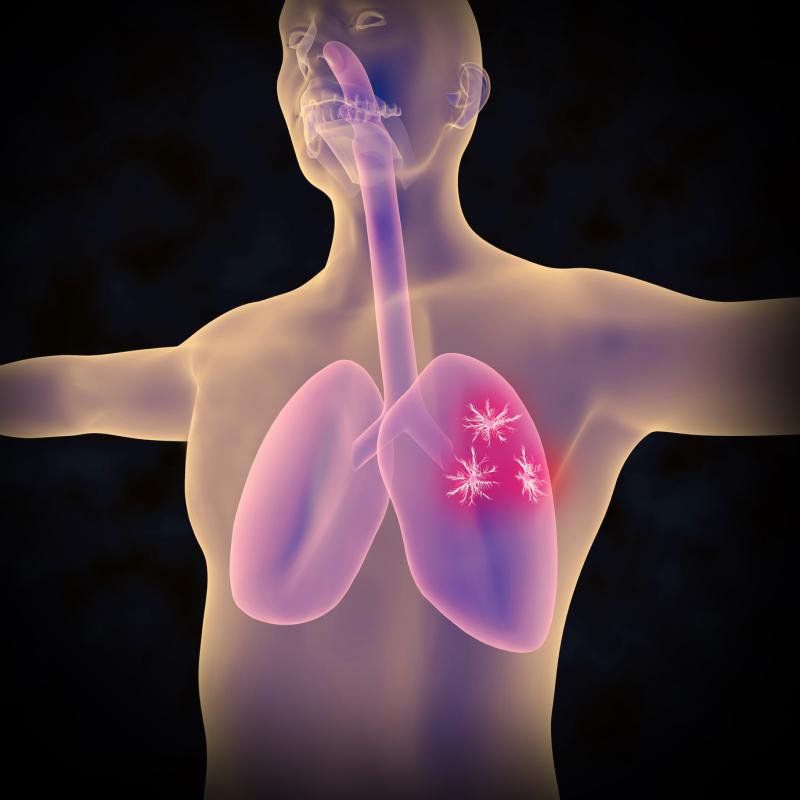 The current standard of first-line treatment in ALK-positive NSCLC is crizotinib. In crizotinib-treated patients, however, brain metastasis is a particularly common scenario. This is probably a pharmacologic phenomenon, and the actual rate of brain progression on crizotinib is 70 percent, said study discussant Egbert F. Smit, MD, PHD from the Department of Thoracic Oncology at the Netherlands Cancer Institute.

Dr Smit noted that the more potent ALK inhibitor seemed to be a very attractive agent to treat patients with brain metastasis after progression on crizotinib. A previous study reported disease control with ceritinib to be as high as 80 to 84 percent vs 55 to 60 percent with crizotinib, and the response rates were more than double that of crizotinib.

Recent data on the pharmacokinetic, safety and efficacy profile of ceritinib from the ASCEND-6 study and on patient-reported outcomes from ASCEND-5 also provide support for the use of the agent as a meaningful treatment option in Chinese patients with ALK-positive NSCLC who have progressed on crizotinib.

In the phase I/II ASCEND-6 study evaluating the pharmacokinetic, safety and efficacy profiles of ceritinib in 103 Chinese patients (median age 49 years; 53.4 percent male) with locally advanced or metastatic ALK-positive NSCLC, an oral dose of 750 mg was associated with high response rates, which were both rapid and durable (time to overall response, 1.9 mo; duration of response, 8.5 mo). [ESMO Asia 2016, abstract 445PD]

The median or geometric mean values for the pharmacokinetic parameters evaluated following a single dose under a fastened state during the run-in period were as follows: 5.94 hours for Tmax, 233 ng/mL for Cmax, 3,940 ng*h/mL for AUC0-24, 10,100 for AUClast and 35.8 hours for T1/2.

Dr Smit pointed out that the pharmacokinetic profile reported in the Chinese population from the ASCEND-6 study did not differ from that reported in the Caucasian cohort from the initial phase I study by Dr Alice Shaw and colleagues.

In terms of safety, ceritinib 750 mg had a manageable safety profile, allowing for prolonged treatment in patients with ALK-positive NSCLC. There were reports of at least one adverse event (AE), irrespective of relationship to the study drug, in all patients. Diarrhoea, vomiting and nausea were among the most common AEs.

Efficacy results showed that disease control rate was 77.7 percent overall and 82.6 percent in the subgroup of patients with brain metastases, with an overall response rate of 40.8 percent and overall intracranial response rate of 39.1 percent.

The median progression-free survival was 5.7 months, while the median overall survival had not been reached at the time of data cutoff.

These data are consistent with those in the global registration trials and provide evidence of a positive benefit-risk balance for ALK-positive NSCLC Chinese patients who were pretreated with and progressed on crizotinib, Dr Smit said.

Aside from the progression-free survival benefit, ceritinib has also been shown to improve lung cancer-specific symptom (LCSS), quality of life and overall health status.

Patients receiving ceritinib 750 mg (n=115; 59.1 percent female) had significantly greater improvements in LCSS compared with those on chemotherapy (n=116; 52.6 percent female). This is according to the analysis of the patient-reported outcomes from the phase III ASCEND-6 study involving Chinese patients with locally advanced or metastatic ALK-positive NSCLC (median age 54 years) who were treated with crizotinib prior to enrolment. [ESMO Asia 2016, abstract 444PD]

Specifically, time to definitive deterioration of symptoms of pain, cough and shortness of breath was significantly longer in the ceritinib than in the chemotherapy arm (LCSS composite endpoints, p<0.001; Lung Cancer-Specific Questionnaire [QLQ-LC13] composite endpoints, p<0.001). Scores for dyspnoea, cough, sore mouth, dysphagia, peripheral neuropathy, alopaecia, chest pain and other pain were also better in the group of patients given ceritinib (p<0.05).

A significant difference was also observed for improvements in most functional domain scores and symptom scales on the Core Quality of Life Questionnaire, as well as in overall health status as assessed by EuroQoL Five Dimensions, in favour of ceritinib.

Ceritinib toxicities (all grades) were mainly gastrointestinal (GI), including diarrhoea, nausea and vomiting. These events were slightly higher when compared with crizotinib- and alectinib-treated patients in other studies.

“When we question the optimal dose of ceritinib or any daily-administered tyrosine kinase inhibitors, I think there are some problems associated with the way we establish the dose for phase II and III studies of these compounds,” Dr Smit said.

“The maximum tolerated dose (MTD) is often determined by short-course exposure, typically over the first course of treatment that is 28 days; and treatment with these agents [ceritinib, TKI] usually is for a much longer time,” he continued.

Dr Smit proposed that MTD be defined by lower grade instead of higher grade toxicities when expecting patients to be continuously exposed to treatment.

Determining the optimal treatment dose calls for a different phase I design where the lowest dose have to be defined with a favourable trade-off between the pharmacodynamics effect, which is response to treatment, and the toxicities of treatment.

However, the FDA data indicate that there is no evident exposure-response relationships for effectiveness of ceritinib.

“So it is not entirely clear whether we need 750 mg daily in order to get responses to this agent in the setting of ALK-rearranged NSCLC. The particular problem is that there is no clear relationship between systemic exposure to ceritinib and the incidence of GI toxicity,” he said.

“This suggests that even at the lower doses, one may get substantial GI toxicity since it was postulated that the risk of this toxicity relate to the local drug concentrations in the GI tract rather than systemic exposure,” he continued.