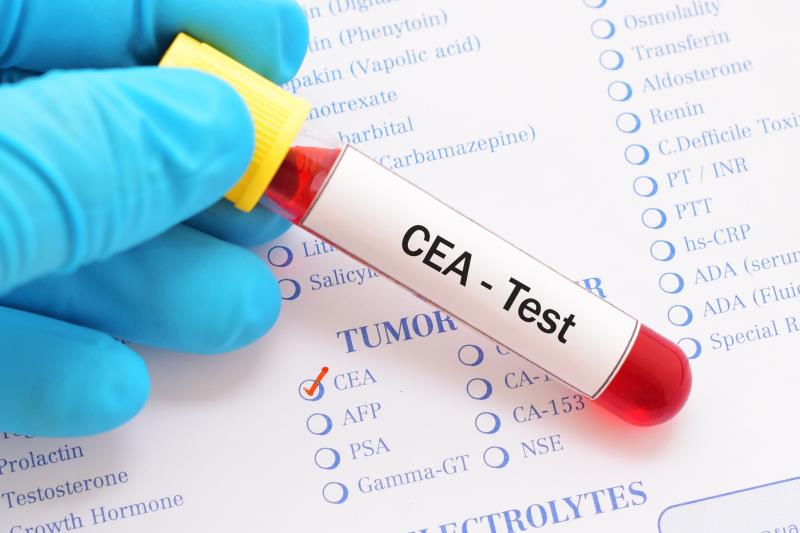 Having a lower baseline carcinoembryonic antigen (CEA) is associated with better overall survival (OS) in patients receiving treatment with encorafenib plus cetuximab with or without binimetinib for BRAF V600E-mutant metastatic CRC (mCRC), according to a subanalysis of BEACON CRC presented during the 2020 ESMO GI Meeting.

These findings can thus help identify the patient subgroup most likely to benefit from the treatment regimen.

Previously, the primary analysis of the BEACON CRC trial has shown that encorafenib plus cetuximab with binimetinib (EBC) or without binimetinib (EC) significantly improved OS compared with standard treatment with irinotecan or FOLFIRI plus cetuximab in this group of patients.

“[As] elevations in CEA are linked to poorer prognosis in CRC [in previous studies], we [therefore] explored the relationships between CEA and clinical outcomes in BEACON CRC,” said presenting author Dr Axel Grothey from the University of Tennessee, Germantown, Tennessee, US.

In the phase III multicentre study, 665 patients with BRAF V600E-mutant mCRC were randomized 1:1:1 to receive EBC, EC, or standard care (control). Participants had their blood samples taken for CEA at baseline, day 1 of each subsequent cycles of treatment, and at the end of treatment. Based on their baseline CEA levels, they were categorized into tertiles of ≤8 µg/L (low), >8 to ≤66 µg/L (middle), and >66 µg/L (high). [ESMO GI 2020, abstract LBA-7]

For patients with high baseline CEA levels, active treatments were more likely to lead to reductions in CEA (in 52–60 percent of patients) than was standard treatment (1–6 percent).

Furthermore, the reduction in CEA levels was associated with improved OS compared with patients without improvement in CEA levels.

Among these patients with high baseline CEA who were receiving active treatment, median OS was longer in patients whose CEA levels had decreased while on-treatment vs those without improvement in CEA levels (median, 7.4 vs 4.6 months for the EBC arm; 7.0 vs 3.7 months for the EC arm).

“In the [active treatment] arms, early transient CEA decrease was commonly noted, even in patients with progression as best response, suggesting the rapid evolvement of resistance mechanisms in a subgroup of patients,” noted Grothey.

“Both baseline CEA and early on-treatment changes in CEA may potentially identify a subgroup of patients with a numerically greater increase in survival and improved clinical outcomes with targeted therapy in BRAF V600E-mutant mCRC,” he said.