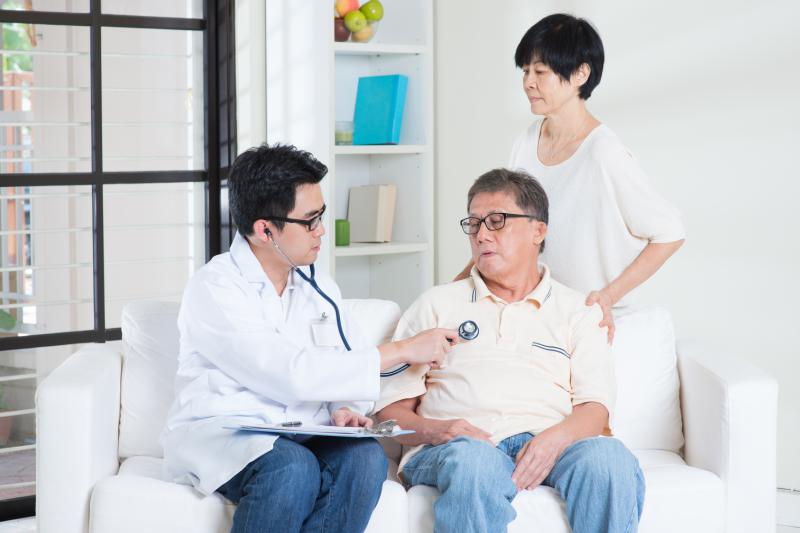 Catheter ablation in patients with atrial fibrillation (AF) appears to decrease the risk of dementia in the long run, a new study has found.

The study included 787 AF patients (mean age, 54.1±11.5 years; 70.1 percent male) who underwent catheter ablation. The new onset of dementia was monitored over a mean follow-up duration of 9.0±2.6 years. The participants were compared against two other cohorts: AF patients who did not undergo catheter ablation (n=787) and no-AF controls (n=770).

Over the study duration, 139 new cases of dementia were reported. The incidence rate was lower among AF patients who received catheter ablation relative to both the no-ablation and control groups (4.78 vs 6.92 and 6.00 per 1,000 patient-years).

Over the same time span, 732 AF-related hospitalizations were reported. Incidence was similarly lower in AF patients with vs without catheter ablation (68.7 vs 81.1 per 1,000 patient-years).

Adjusted multivariable Cox proportional hazard regression analyses confirmed that AF patients who had not undergone catheter ablation were at a significantly greater risk of dementia than controls (adjusted hazard ratio [HR], 1.71; p=0.047), while AF patients with vs without ablation were less likely to develop dementia in the long run. Risk comparisons between ablation patients and controls were null (p=0.93).

In addition, AF-related hospitalizations were less likely to occur in AF patients who had vs had not undergone catheter ablation (HR, 0.72; p<0.05).