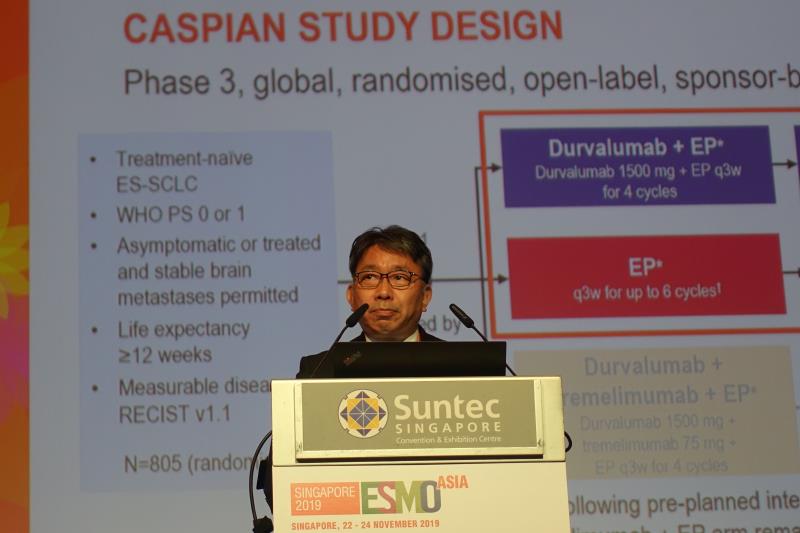 The 76 Asian patients (from Japan [n=34], South Korea [n=28], Taiwan [12], and China [n=2]) with ES-SCLC in this randomized, open-label, phase III trial were randomized to receive either durvalumab 1,500 mg + EP intravenously Q3W for four cycles and continued every 4 weeks until disease progression or EP alone intravenously Q3W for six cycles, followed by an optional prophylactic cranial irradiation as per the investigator’s discretion. [ESMO Asia 2019, abstract LBA15]

In a prespecified exploratory analysis, the OS rate at 12 months was greater among patients who received durvalumab + EP compared with those on EP alone (63.7 percent vs 49.5 percent).

“[However], interpretation of OS in the Asia subgroup is limited due to small numbers of patients,” said Dr Makoto Nishio from the Department of Thoracic Medical Oncology at the Cancer Institute Hospital of Japanese Foundation for Cancer Research in Tokyo, Japan.

“Combining durvalumab with either cisplatin- or carboplatin-etoposide in ES-SCLC provides an important new treatment option for patients and physicians,” he concluded.