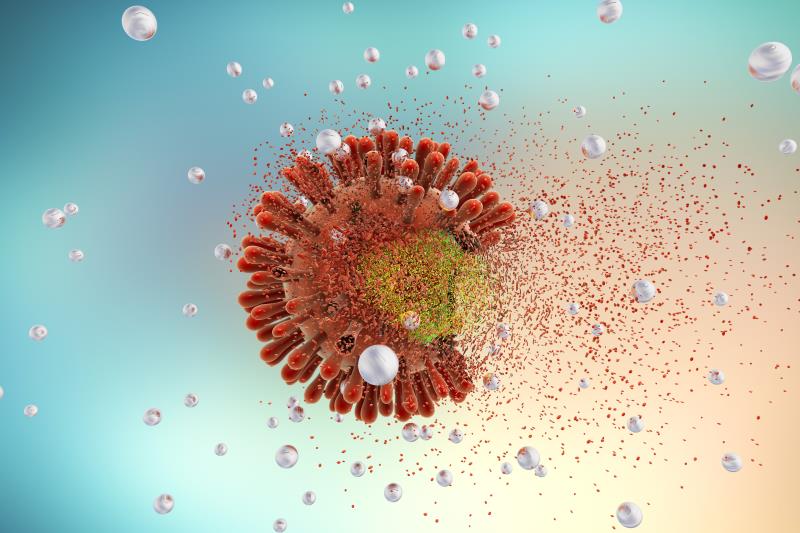 About four-fifths of heavily treated HIV patients with multidrug resistance have achieved viral suppression with the investigational long-acting subcutaneous lenacapavir (LEN) used in combination with an optimized antiretroviral (ART) regimen, according to the 26-week data from the ongoing phase II/III CAPELLA study.

“The CAPELLA results are exciting as they demonstrate that an undetectable viral load is achievable in a patient population that has typically had challenges with viral suppression over the course of their journey living with HIV,” said lead investigator Dr Jean-Michel Molina, Head of the Infectious Diseases Department at the Saint-Louis and Lariboisière Hospitals in Paris, France.

Thirty-six patients were randomized to take either oral LEN (600 mg on days 1 and 2, and 300 mg on day 8) or placebo for 2 weeks in addition to their failing regimen. At day 15, those on oral LEN started subcutaneous LEN at 927 mg, administered as an injection in the abdomen every 6 months. Those on placebo were initiated on 2-week oral LEN course, followed by the twice-yearly subcutaneous LEN. In addition, all of them switched from their failing regimen to an optimized background regimen (OBR).

A nonrandomized group of 36 patients received OBR with oral LEN for 2 weeks, followed by subcutaneous LEN every 6 months.

Four patients developed emergent resistance to LEN. Three of them achieved viral suppression either by changing (n=1) or sticking to (n=2) their OBR.

LEN was safe and well tolerated, with none of the patients developing treatment-related serious adverse events (AEs) or AEs leading to discontinuations. LEN-related injection-site reactions occurred in 56 percent of the entire CAPELLA population, and most of these reactions were mild or moderate (38/40). Swelling (26 percent) and erythema (24 percent) were the most common injection-site reactions, with both resolving within days.

“Despite the advances in treating HIV infection, there remains an unmet need for treatment options for people who struggle with multidrug resistance,” Molina noted. “New, long-acting options in development, like lenacapavir, are critical to changing the clinical landscape, and I’m encouraged that lenacapavir can potentially help improve clinical outcomes.”

A total of 182 patients (median age 29 years, 7 percent female, 54 percent Black) with baseline CD4 counts of 200 cells/μL were randomly assigned to one of four treatment groups (A to D). Patients in groups A (n=52) and B (n=53) received subcutaneous LEN with F/TAF, and those who achieved viral load <50c/mL at week 28 switched from F/TAF to TAF (group A) or bictegravir (group B). Patients in group C (n=52) received oral LEN with F/TAF daily, while those in group D (n=25) were given F/TAF plus bictegravir.

The prespecified week-16 interim efficacy and safety analyses revealed that 94 percent of the pooled LEN groups (A, B, and C) achieved viral suppression. Viral load was undetectable (<50 copies/mL) in 93 percent of the patients who received subcutaneous LEN (A and B) and in 94 percent of those on oral LEN. [IAS 2021, abstract OALB0302]

There were no cases of death, treatment-related serious adverse events (AEs), or withdrawal from the study due to AE recorded. Moreover, none of grade 3 or 4 AEs were considered related to LEN. Commonly reported AEs included headache and injection site reactions such as erythema, pain, and swelling, all of which were mild or moderate.

“[These] results support ongoing evaluation of LEN for treatment and prevention of HIV,” according to principal researcher Professor Samir Gupta of Indiana University, Indianapolis, US.