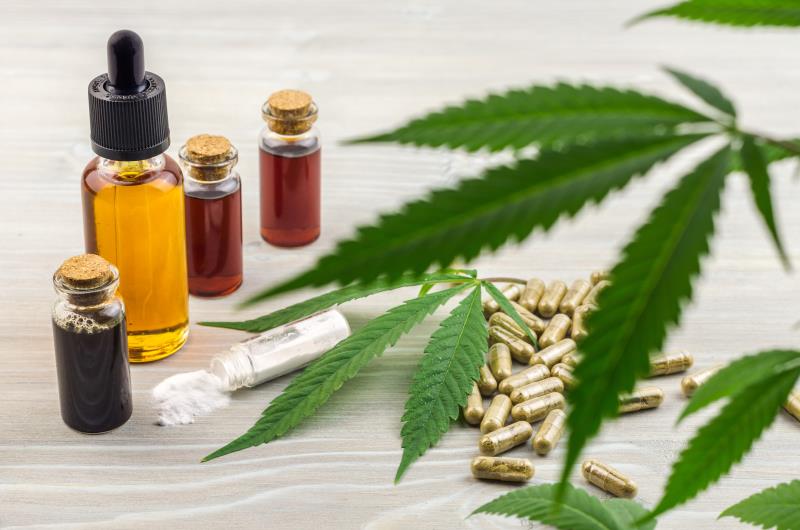 Cannabinoid use led to a small but significant pain reduction among patients with acute pain, with intramuscular administration outdoing the oral route, a meta-analysis has shown.
The harmful effects of opioids have driven clinicians and patients to seek nonopioid analgesics for acute pain. [https://www.cdc.gov/drugoverdose/epidemic/index.html, accessed April 28, 2020] With the legalization of cannabis in several countries, cannabinoids have been gradually pushed into the medical mainstream for pain management. [Clin J Pain 2013;29:162-171; Br J Clin Pharmacol 2011;72:735-744; JAMA 2015;313:2456-2473; JBJS Rev 2018;6:e7]
Of the six trials included (n=678), five evaluated oral cannabinoids, three of which examined synthetic Δ9-tetrahydrocannabinol (THC; ie, nabilone and AZD1940). One study examined an oral synthetic CB2-selective agonist, while another evaluated a plant-based cannabis oil extract in capsule form. A synthetic liquid THC administered intramuscularly was examined in one trial. [Cannabis Cannabinoid Res 2020;doi:10.1089/can.2019.0079]
Overall, there was a small but statistically significant treatment effect favouring the use of cannabinoids over placebo (-0.90, 95 percent confidence interval [CI], -1.69 to -0.1; p=0.002).
Stratification by route of administration revealed a significant reduction in pain with intramuscular (-2.98, 95 percent CI, -4.09 to -1.87; p<0.0001) but not with oral cannabinoids compared with placebo (-0.21, 95 percent CI, -0.64 to 0.22; p=0.41).
“[This difference is] not surprising given that pharmacokinetics varies as a function of the route of absorption,” explained the researchers. Oral absorption of cannabinoids is slow and variable, and first-pass liver metabolism further reduces bioavailability. [Clin Pharmacokinet 2003;42:327-360; Molecules 2018;doi:10.3390/molecules23102478]
Serious adverse events were rare across all studies (3.2 percent) and similar between the cannabinoid and placebo arms (3.7 percent vs 2.6 percent). These imply the overall favourable safety profile of cannabinoids in this setting.
“[T]here is significant interest surrounding the potential benefits and harms of cannabinoids as an analgesic agent. A recently published retrospective analysis of postoperative cannabinoid use supports our data suggesting that there may be a role for cannabinoids in the management of acute pain,” said the researchers. [J Arthroplasty 2018;33:3637-3641]
Taken together, this review underscores the need for further exploration to ascertain the optimal route and composition of cannabinoids in this setting. “[We need] large, high-quality randomized clinical trials to better understand the risks and benefits of cannabinoids in this patient population,” said the researchers.
“The usefulness of cannabis-derived medicines in the treatment of pain, both acute and chronic, is still vigorously debated,” commented Dr Daniele Piomelli from the University of California-Irvine School of Medicine in Irvine, California, US, who was not affiliated with the study, in a press release. “The meta-analysis … reinforces the need for more rigorous studies to assess whether cannabis might be effective in the treatment of acute pain conditions.”