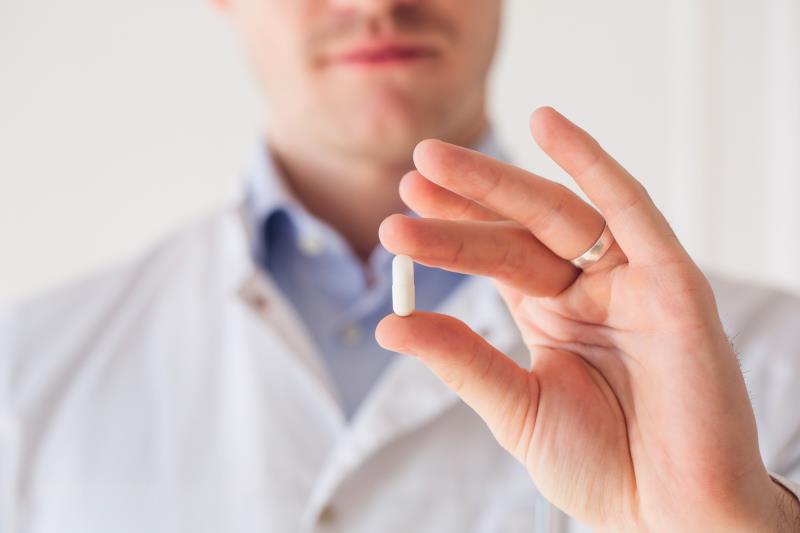 The once-daily fixed-dose combination of candesartan plus rosuvastatin (CND/RSV) reduces systolic blood pressure (SBP) and low-density lipoprotein cholesterol (LDL-C) at the same time with no major safety issues, according to the results of a phase III trial. This drug represents a convenient treatment option for patients with coexistent essential hypertension and hypercholesterolaemia.

Total cholesterol levels, triglycerides, nonhigh-density lipoprotein cholesterol and apolipoprotein B also improved substantially in the combination and RSV groups, with no apparent differences.

While there were no significant changes observed in metabolic indices across treatment groups at week 8, CND/RSV showed a more favourable effect on HOMA-IR (homeostasis model assessment of insulin resistance) compared with RSV monotherapy in nondiabetic patients (mean percentage change, −8.7 percent vs 17.1 percent; p=0.048).

The number of patients who experienced any treatment-emergent adverse events (TEAEs) did not differ in the three treatment groups: 19.7 percent with CND/RSV, 15.1 percent with RSV and 21.9 percent with CND. Headache was the most common TEAE. One patient in the RSV group was hospitalized due to renal stone, but none developed rhabdomyolysis and liver or muscle enzyme level elevations.

“We conclude that a once-daily fixed-dose combination therapy of CND/RSV is an effective, tolerable, convenient treatment option for patients with essential hypertension and hypercholesterolemia,” the investigators said, adding that a single fixed-dose combination therapy that treats both of such conditions is certainly beneficial given the frequent coexistence of hypertension and hyperlipidaemia and considering drug therapy adherence.

However, it has been reported that statins dose-dependently worsen glucose homeostasis and contribute to increased risk of new-onset diabetes (NOD). The presence of both hypertension and dyslipidaemia is also a high-risk factor for NOD, so the investigators stressed that potent statins, including RSV and atorvastatin, should be carefully prescribed in patients at high risk of NOD, including patients who are overweight or obese, hypertensive, older, and women at risk of metabolic syndrome. [Diabetologia 2015;58:1109e1117; Atherosclerosis 2011;215:1e8]

As to the mechanism underlying the effect of angiotensin receptor blocker CND on glucose homeostasis in nondiabetic patients—specifically, a decrease in HOMA-IR despite a decrease in adiponectin level—further clinical studies are needed, they added.