Can antiretroviral therapy slow down DNA time in HIV-1? 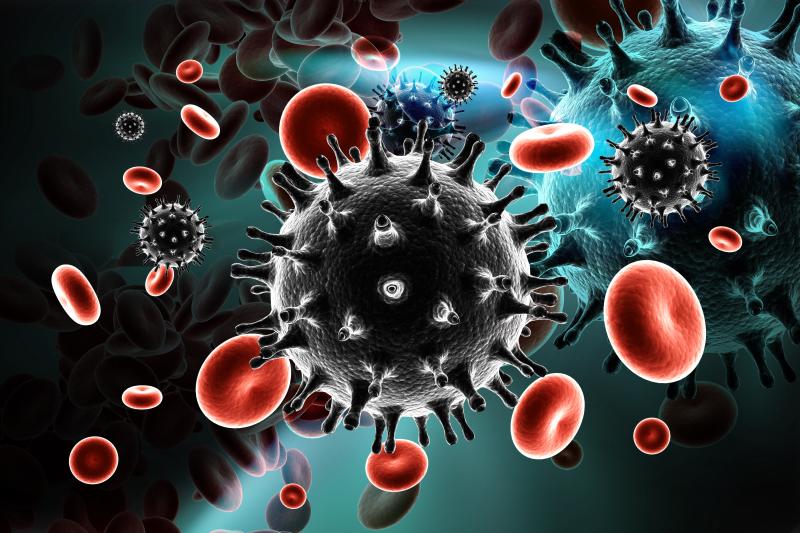 Initiating antiretroviral therapy (ART) seems to undo age acceleration epigenetic markers in patients with HIV-1, according to a recent study. The effects, however, are partial and are unable to completely reverse the age-associated methylation patterns associated with the infection.

Aside from AAR and EEAA, phenotypic (PEAA) and Grim (GEEA) epigenetic age acceleration were measure in 15 men with HIV-1. Peripheral blood samples were collected at three time points: 6 months to 1 year prior to ART and 6–12 months and 18–24 months after initiation.

For baselining, the researchers compared HIV-1 patients with seronegative controls. They found that before ART, methylation patterns made the DNA of seropositive men appear 8.4 years older than their chronologic age. [Pathog Immun 2020;doi:10.20411/pai.v5i1.376]

ART was deemed largely successful in participants, with HIV-1 RNA levels suppressed to <50 copies per mL of plasma. However, even 2 years after treatment initiation, the seropositive participants saw their DNA methylation (DNAm) age to be around 6.8 years older than their chronologic age. Both at baseline (p≤0.001) and at the 2-year follow-up (p=0.017), patients were epigenetically older than controls.

The researchers then looked into the impacts of ART on each of the individual epigenetic clocks. They saw that at baseline, AAR was significantly higher in HIV-1 patients than in controls. After starting ART, and despite successful viral suppression, AAR remained significantly elevated in the seropositive participants 6–12 months (p=0.003) and 18–24 months (p=0.019) later.

ART was likewise unable to statistically impact EEAA, which was initially higher in HIV-1 patients (p<0.001) and remained so at 6–12 and 18–24 months after ART initiation (p=0.003). However, the gap in EEAA between patients and controls decreased slightly following treatment.

On the other hand, PEAA and GEAA, both highly indicative of physical health and lifespan, appear to have reaped significant benefits from ART.

Prior to treatment, the PEAA (p<0.001) and GEAA (p=0.012) clocks were significantly advanced in HIV-1 patients. But 18–24 months after ART initiation, the difference between seronegative and seropositive participants in both epigenetic marks had dropped to below-significant levels (p=0.059 and p=0.11, respectively).

“This finding suggests that epigenetic measures that are highly predictive of lifespan and health-span improve with ART earlier than epigenetic clocks that are more reflective of properties of haematopoietic stem cells,” the researchers said.

“However, we do note that AAR and EEAA remain persistently different long after ART initiation, suggesting that the epigenetic mechanisms captured by these clocks may drive HIV-associated age-related morbidity that continues after treatment,” they added.

Larger studies are warranted to determine whether acceleration in epigenetic ageing correlates with outcomes such as age-related illnesses and frail, the researchers said.