CABG better than PCI in diabetic patients with multivessel CAD 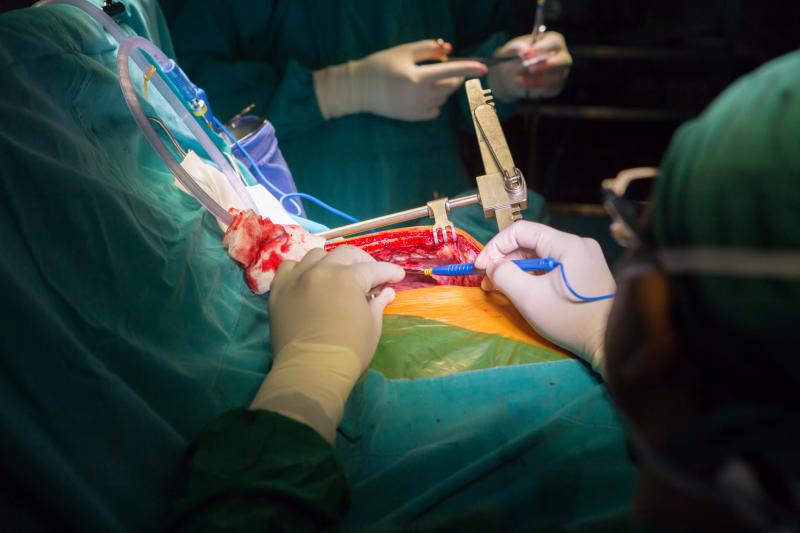 Patients with multivessel coronary artery disease (CAD) and diabetes treated with coronary artery bypass grafting (CABG) have improved long-term mortality and freedom from major cardiovascular and cerebrovascular events (MACCEs) compared to those treated with percutaneous coronary intervention (PCI), according to a study.

“CABG should be considered the preferred approach in patients with diabetes and multivessel CAD who are good surgical candidates,” the researchers said.

Records of diabetic patients with angiographic evidence 2- or 3-vessel CAD who were treated with either PCI or isolated CABG from 2008 to 2017 were obtained by linking clinical and administrative databases in Ontario, Canada. Baseline differences were accounted for by performing a propensity score match.

The researchers used a stratified log-rank test and Cox proportional hazards model to compare all-cause mortality and the composite of myocardial infarction (MI), repeat revascularization, stroke, or death (MACCEs) between the matched groups.

After matching, no difference in early mortality was found between PCI and CABG (2.4 percent vs 2.3 percent; p=0.721). The median and maximum follow-ups were 5.5 and 11.5 years, respectively.

“Overall, these findings suggested that in patients with diabetes and multivessel CAD, revascularization with CABG might be the preferred approach,” the researchers said.

“Our analysis also found significant reductions in MI and need for repeat revascularization events in the CABG cohort, which was consistent with findings from the FREEDOM trial and the diabetic subgroup of the SYNTAX trial,” they added. [Lancet Diabetes Endocrinol 2013;1:317-328]

Several studies have also found a twofold increase in the risk of stent restenosis in patients with diabetes compared with those without. Therefore, diabetic patients are more likely to experience MI and repeat revascularization. [Lancet 2007;369:667-678; J Am Coll Cardiol 2007;50:501-508]

“Further work is warranted to ensure that patients with diabetes with extensive CAD are treated within a heart team framework,” the researchers noted.