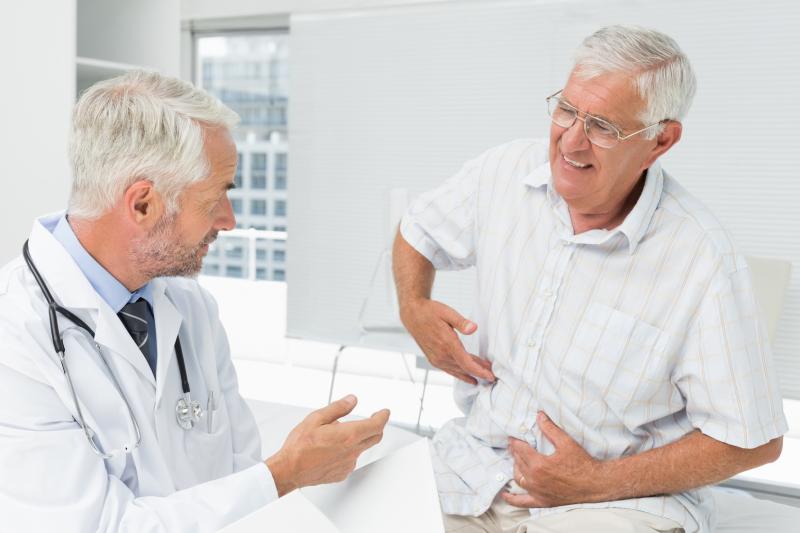 C-reactive protein/albumin ratio (CAR) can provide prognostic information on survival in pancreatic cancer, such that patients with high pretreatment CAR may have poorer overall survival (OS), according to a study presented at the ESMO Asia 2019 Congress.

To determine the clinical utility of CAR as prognostic factor for patients treated with GnP or FFX, the investigators conducted an exploratory analysis using data from the NAPOLEON study, which examined the efficacy and safety of the said regimens in clinical practice.

A total of 255 patients (median age, 65 years; 62 percent male) with unresectable advanced or recurrent pancreatic cancer who received GnP (n=153) or FFX (n=102) as first-line chemotherapy were included in the analysis. The cut-off value adopted for CAR was 0.54 based on a previous study, and patients with values <0.54 or ≥0.54 were grouped as CAR-low or CAR-high, respectively.

Notably, 86 of 140 patients (82.7 percent) in the CAR-high group at initiation of first-line chemotherapy remained with high CAR at the start of second-line treatment.

These findings indicate that “CAR may be [a] useful prognostic factor at the start of both first- and second-line treatment,” the investigators said.

The role of CAR in pancreatic cancer has been widely studied, given that systemic inflammation response is central to the progression of the cancer type. C-reactive protein is a marker of inflammation that has been shown to induce cancer-related production of inflammatory cytokines, whereas albumin is the common marker of nutritional status and relates to chronic inflammation. [Sci Rep 2017;7:2993]

Therefore, the ratio of the two markers reflects potential inflammatory state caused by expansion or invasion in the tumour microenvironment and can be used as a simple and independent prognostic factor in pancreatic cancer. [Medicine 2019;98:e16064]