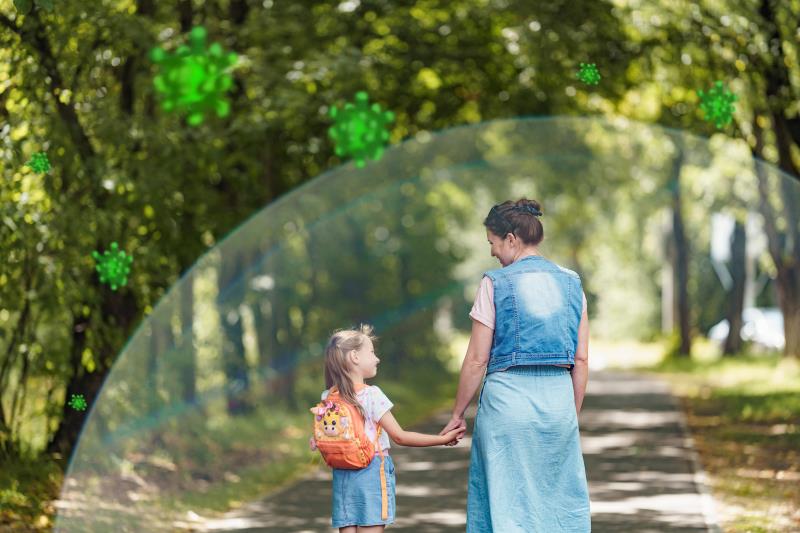 Data presented at ID Week 2021 show that Clostridioides difficile (CDI), which is known to be hospital-associated, is highly prevalent even in nonhealthcare settings.

“Historically, CDI has been primarily recognized as a healthcare-associated infection … [E]fforts to reduce infection and control its spread have been focused on hospitals and long-term care facilities,” said presenting author Dr Jinhee Jo from the University of Houston, Texas, US. “However, there has been recent shifts in the epidemiology of CDI, with increasing community-acquired cases. [This] suggests the need for broader community stewardship.”

Nonhealthcare environments are just as CDI-stricken as healthcare settings, as shown by the similar CDI contamination rates across all sampling locations (23, 23, and 25 percent for healthcare buildings, public buildings, and outdoor spaces, respectively). Upon further characterization of locations, consistently higher CDI rates were found on floors (42–28 percent) compared with non-floors (18–24 percent) and bathrooms (11–22 percent) across all locations.

US vs other countries

Evaluation of samples from nonhealthcare settings in and outside* the US (n=3,041 and 891, respectively) revealed comparable positive CDI rates in public buildings (17 percent vs 18 percent) and outdoor spaces (23 percent vs 24 percent).

Contamination rates remained highest on floors in both US and non-US samples (41 percent and 31 percent, respectively) as opposed to non-floors (21 percent for both arms) and bathrooms (16 percent and 15 percent).

The researchers also found a nearly threefold prevalence of CDI on shoe bottoms compared with shoe tops (49 percent vs 17 percent). CDI prevalence remained high in shoes even when compared against community environments, both in (43 percent vs 24 percent) and outside Texas (43 percent vs 15 percent). These findings underline the potential of shoe samples as a surveillance tool for emerging epidemic strains, noted Jo.

While shoes could be used as a proxy for CDI testing, Jo cautioned against bringing them into the house. “The bottoms of your shoes … are not routinely cleaned and are exposed to dirt … They may introduce harmful bacteria into your bathroom or kitchen, which could make you sick. The next time you’re coming in from outside, take off your shoes before you enter a highly trafficked room and help reduce the risk of catching CDI.”

The changing epidemiology of CDI

Taken together, the results underscore the role of the environment as a reservoir for CDI transmission. “The results of this study shift our understanding of CDI, including where it is found, how it is transmitted, and who it affects,” said study co-author Dr Kevin Garey, also from the University of Houston.

Apart from the observance of simple hygiene measures (eg, surface disinfection, hand sanitation), the study underpins the need for effective infection control, protection, and prevention strategies at community level, coupled with an antimicrobial stewardship to cut the CDI burden.

“We can no longer think of CDI as only existing in healthcare settings, and the population at risk is no longer just the very sick patient in the hospital. Identifying that person at risk anywhere in the world should become a priority regardless of whether the person is in a hospital or the community,” said Garey.