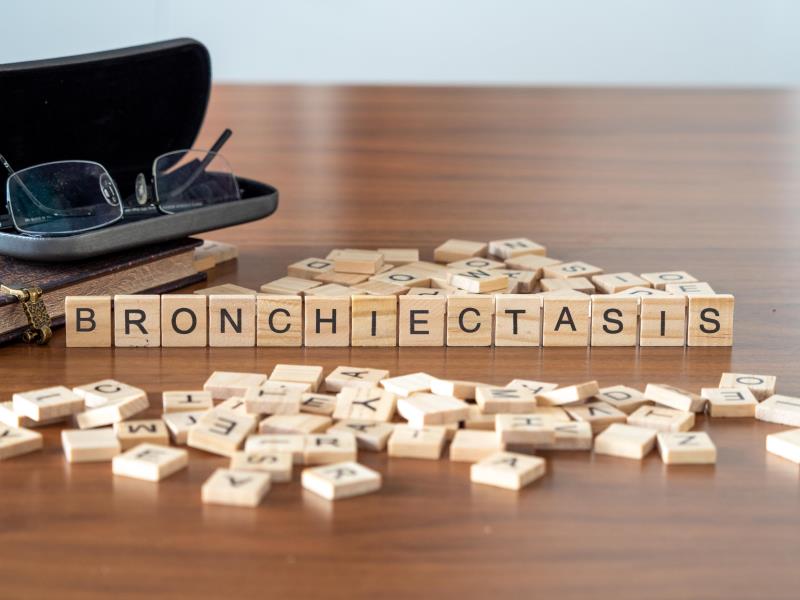 The 256 participants (mean age 64.1 years) with non-cystic fibrosis bronchiectasis were randomized 1:1:1 to receive once-daily doses of brensocatib 10 mg, 25 mg, or placebo for 24 weeks.

The findings were consistent across multiple subgroups including age, baseline FEV1 percent predicted, geographic region, number or previous hospitalization for exacerbations, use of macrolides at baseline, and presence of P. aeruginosa.

“Although the CIs change because of the sizes of the subgroups, all of the effect estimates are below 1, suggesting that the benefit of [brensocatib] vs placebo was observed similarly across all subgroups,” noted study investigator Professor James Chalmers from the University of Dundee, Scotland, UK.

Brensocatib also reduced sputum neutrophil elastase, proteinase 3, and cathepsin G activity during the on-treatment period. There was an appearance of a dose-response relationship, with greater reductions noted in the 25 mg group, said Chalmers. These results suggest that the reduction in exacerbations may be driven by the reduction in inflammation.

The most commonly occurring (≥10 percent) TEAEs in brensocatib recipients were cough, headache, increased sputum, and dyspnoea. Dental and skin AEs occurred more frequently in brensocatib 10 and 25 mg than placebo recipients (dental: 16.0 percent and 10.1 percent vs 3.5 percent; skin: 14.8 percent and 23.6 percent vs 11.8 percent). Infection rates were comparable between placebo, brensocatib 10 mg or 25 mg recipients (17.6, 13.6, and 16.9 percent, respectively), as was ≥2 mm increase in periodontal pocket depth and ≥5 mm absolute depth (11.6, 11.3, and 12.3 percent, respectively).

Serious TEAEs occurred in more placebo (22.4 percent) than brensocatib 10 mg or 25 mg recipients (13.6 percent and 11.2 percent, respectively). The one death in the brensocatib 25 mg arm was determined as bronchiectasis progression- and not treatment-related.

A new treatment for bronchiectasis?

“Brensocatib consistently prolonged time to first exacerbation and reduced rates of exacerbation both in the primary analysis and across a number of patient subgroups analysed, particularly those defined by disease severity, P. aeruginosa infection, and sputum neutrophil elastase concentration,” said Chalmers.

“[The significant reduction in sputum NSP*** concentrations] highlights the importance of treating neutrophil-mediated inflammation in patients with bronchiectasis,” he added.

As this was a phase II study, larger, longer-term studies are required to establish these findings and determine the risk-benefit profile of brensocatib for bronchiectasis. “[Nonetheless,] these are encouraging results for a new approach to treating bronchiectasis,” he concluded.