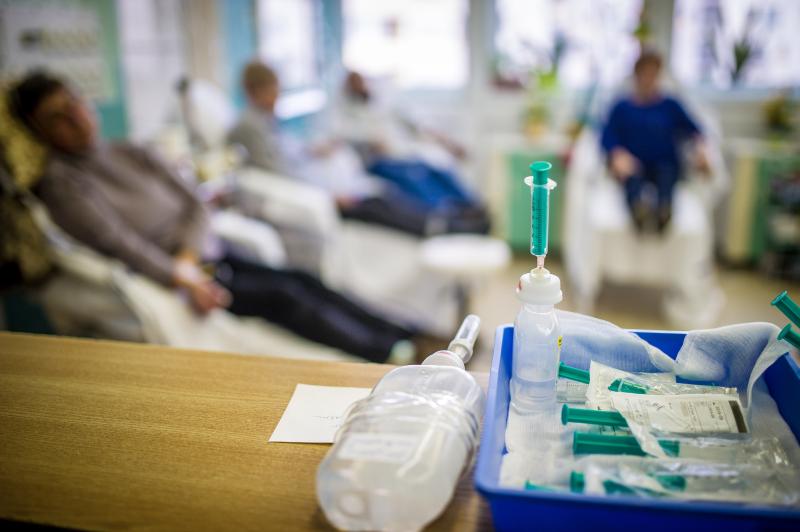 In a multicenter randomized phase III trial, post-operative patients in Spain with stage II or III NSCLC were assigned to either a control arm (n=108) for the standard CT of 3 cycles of cisplatin (Cis)-docetaxel (Doc), or the experimental arm with treatment based on their BRCA1 expression levels. Those with low levels received Cis-gemcitabine (Gem; n=110); intermediate levels, Cis-Doc (n=127) and high levels Doc only (n=110).

Platinum-based CT is the present standard of care for patients with resected NSCLC with lymph node involvement. BRCA1 is a DNA repair factor that has been posited to act as a differential regulator of response to cisplatin (Cis) and antimicrotubule agents. Loss of BRCA1 function is associated with sensitivity to DNA-damaging CT.

The SCAT* trial aimed to investigate if differential CT based on patient BRCA1 levels could improve survival, as well as determine if use of cisplatin could be avoided in a pre-defined subgroup of such patients.

Notably, patients with high BRCA1 levels in the Cis-Doc control arm had a median OS of 40.1 months versus 80.2 months with Doc only in the experimental arm; this was attributed partly to poorer compliance to CT in the control arm, but also suggests that use of Doc only was not detrimental to outcomes. In addition, patients with low BRCA1 levels had a higher median OS with Cis-Gem versus Cis-Doc (74 months vs 40.1 months, p=0.005), suggesting that Cis-Gem could be superior for that subgroup.

Final results of the SCAT trial were presented at the International Association for the Study of Lung Cancer (IASLC) 18th World Conference on Lung Cancer (WCLC) in Yokohama, Japan, by lead researcher Dr Bartomeu Massuti, of Alicante University Hospital, Spain, on behalf of the Spanish Lung Cancer Cooperative Group (GECP-SCLG).

"The findings from our study do not allow changing the current standard of treatment, but this trial validates BRCA1 as a prognostic factor, and selection of chemotherapy treatment based on BRCA1 expression levels could be an option to improve outcomes, avoiding in some cases the use of cisplatin and its toxicity," said Massuti. "Having this evidence to back up our treatment decisions is essential to providing the best care possible and also opens new opportunities for research in this setting."