Blinatumomab continues to prevail over CT for ALL 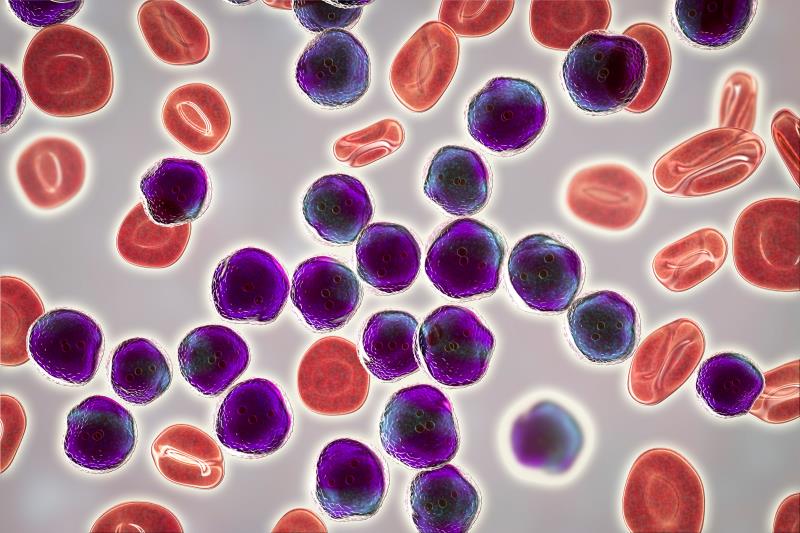 In one study, following induction therapy and two cycles of high-risk consolidation chemotherapy (CT), 108 children were randomized 1:1 to receive a third consolidation course with either blinatumomab 15 µg/m2/day for 4 weeks or CT**. A majority of participants completed treatment (91 percent [blinatumomab] and 89 percent [CT]). [ASH 2020, abstract 268]

There were fewer blinatumomab vs CT recipients who reported events (33 percent vs 57 percent; median event free survival [EFS], not reached vs 7.4 months). The risk of relapse was also reduced by 64 percent with blinatumomab vs CT (hazard ratio [HR], 0.36; p<0.001).

Of those who achieved CR, median relapse-free survival (RFS) remained unchanged at 8.5 months. More than a third (38 percent) relapsed, while 9 percent died. At 12 months, RFS was more favourable for children who received HSCT after blinatumomab (70 percent) compared with those who did not (30 percent) which, according to Locatelli, correlates with data from the primary analysis.

Median OS were 16.6 and 14.6 months in the respective groups who did and did not have HSCT prior to blinatumomab. Nearly a third (29.9 percent) were still alive at 24 months.

Taken together, the safety and efficacy findings in the final analysis of RIALTO correlate with those reported in the primary analysis. [Blood Cancer J 2020;doi:10.1038/s41408-020-00342-x] “RIALTO [has initially] demonstrated that blinatumomab is effective with a manageable safety profile in children with R/R BCP-ALL … [The current findings] strengthen the observation that blinatumomab demonstrates durable efficacy and is a suitable treatment option in [this setting],” said Locatelli.

Collectively, the findings underscore the potential of blinatumomab as a new standard of care for BCP-ALL, he added.