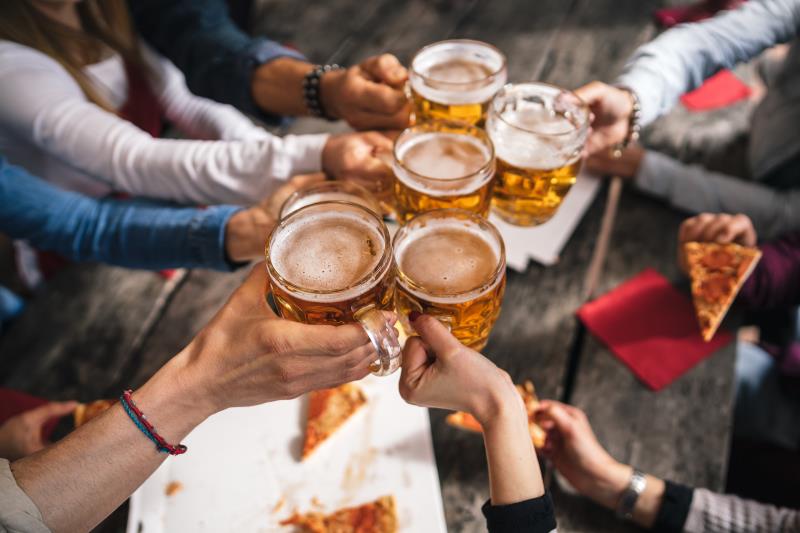 Alcohol consumption during late adolescence and early adulthood was associated with increased arterial stiffness, which may lead to future cardiovascular events, according to a study presented at ESC 2021.

“There was some evidence of a graded increase with heavier [alcohol] usage, meaning that the more you drink, the greater the increase in arterial stiffness,” said study lead author Mr Hugo Walford, a medical student at University College London, London, UK. “[However,] the relationship was not explained by other predisposing factors for heart disease, suggesting that risky behaviour during [the adolescence and young adulthood] period has a direct effect on vascular health.”

“To prevent cardiovascular disease, it is vitally important to modify lifestyle risk factors, including smoking tobacco and excessive alcohol consumption,” he highlighted.

Using data from the ALSPAC* cohort, the researchers analysed 1,655 young adults aged between 17 and 24 years (61 percent female) who underwent repeated measurements of arterial stiffness, as indicated by a carotid-femoral pulse wave velocity (cfPWV), which is the gold standard biomarker for arterial stiffness and a robust predictor of future vascular events. Participants were assessed according to their alcohol intake (never, medium [≤4 drinks], and high [>5 drinks] on a typical day of drinking) and smoking habits (never, past, medium intensity [<10 cigarettes/day], and high intensity [≥10 cigarettes/day]). [ESC 2021, Risk Factors and Prevention ePosters]

After adjusting for age, sex, and socioeconomic status, medium or high alcohol intake was associated with increased arterial stiffness, as shown by an increase in cfPWV, compared with nondrinkers (coefficient value, 0.18; p=0.090 and 0.20; p=0.055, respectively, vs 0.05; p=0.039).

When adjusted for cardiovascular risk factors, such as systolic BP, BMI, LDL cholesterol, glucose, and C-reactive protein, an increase in arterial stiffness was also observed in the medium or high alcohol intake group compared with the nondrinker group (coefficient value, 0.17; p=0.104 and 0.19; p=0.075, respectively, vs 0.05; p=0.048).

Overall, a 0.59 m/s increased in cfPWV was associated with each unit increase in the average alcohol score during the 7-year study period, Walford noted.

Initially, there was no association found between cfPWV and smoking habits. However, when adjusted by sex, an increase in arterial stiffness, as shown by a slight change in cfPWV of 0.32 m/s (p=0.028), was observed in female with high intensity of smoking.

Similar arterial stiffness was observed between never and past smokers (difference, 0.04 m/s; p=0.05), … “indicating that quitting can restore vascular health at this young age,” noted Walford.

“[Therefore,] smoking and alcohol use in young adulthood are associated with an accelerated increase in arterial stiffness, … [but] adverse effects of smoking in youth may be reversible upon cessation,” he added.

“Binge drinking is often a normal experience for students, and a falling smoking prevalence in the UK is challenged by a sharp rise in e-cigarette use. Young people may believe that drinking and smoking do not cause long-term damage. However, these results indicate that these behaviours could put young people on a life-course trajectory starting with early arterial stiffening, which may eventually lead to heart disease and stroke,” Walford noted.