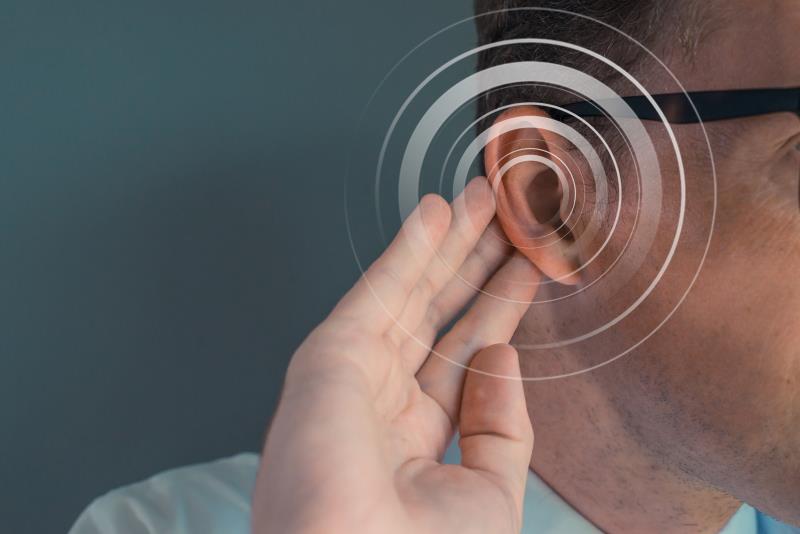 A noninvasive bimodal sensory device that delivers combined stimulation of sound and electrical stimulation of the tongue reduces symptoms associated with ringing in the ears, or tinnitus, a study shows.

“Currently, there is no clinically recommended drug or device treatment for this major [bothersome] health condition,” said the researchers.

Bimodal neuromodulation pairing sound and electrical somatosensory stimulation of the tongue has been shown to drive plasticity in the auditory system in preclinical models.

The double-blind, parallel arm trial involved 326 adults (mean age 48 years, 65 percent male) with chronic subjective tinnitus who were randomized 1:1:1 to one of three stimulation settings (PS1, PS2, and PS3). They were asked to use the device for 1 hour daily over 12 weeks and were followed up for 12 months after that. [Sci Transl Med 2020;12:eabb2830]

After 12 weeks of treatment, most of the patients (74.7–88.8 percent across three arms) had improvements in tinnitus, as indicated by a decrease of 13.2–14.6 points from baseline on the Tinnitus Handicap Inventory (THI) and Tinnitus Functional Index (TFI). The extent of improvements, as the researchers noted, was comparable to clinically meaningful effects reported in other trials.

In particular, the subgroup with worse tinnitus symptoms at baseline appeared to have greater improvements, as reflected by a 20–30 points decrease in THI or TFI scores.

Importantly, the improvements were sustained over 12 months after the end of treatment, with an average of 12.7 points improvement in THI.

“No other tinnitus treatment has demonstrated such long-term post-treatment effects in a large-scale clinical trial, the researchers stated.

They also found that the more synchronized settings in PS1 and PS2 showed more consistent effects over time than the PS3 setting, which according to the researchers, suggests “that shorter interstimulus delays or synchronization between sound and tongue stimulation could be a key feature for driving long-term plasticity.”

Overall, the satisfaction rate with the device was high, with 66.5 percent reported having benefitted from the device and 77.8 percent saying they would recommend the device to someone with tinnitus.

In keeping with this, compliance rate was also high, with 84 percent of the participants having used the device for ≥36 hours during the treatment period, which was the minimum compliance criterion.

There were no serious adverse events related to the device.

“Overall, the study represents one of the largest medical device clinical trials in the tinnitus field, supporting the safety, patient tolerability, and efficacy of bimodal neuromodulation for the treatment of tinnitus,” concluded the researchers.

Another large study on the effects of changing stimulation setttings over time is currently ongoing, they added. 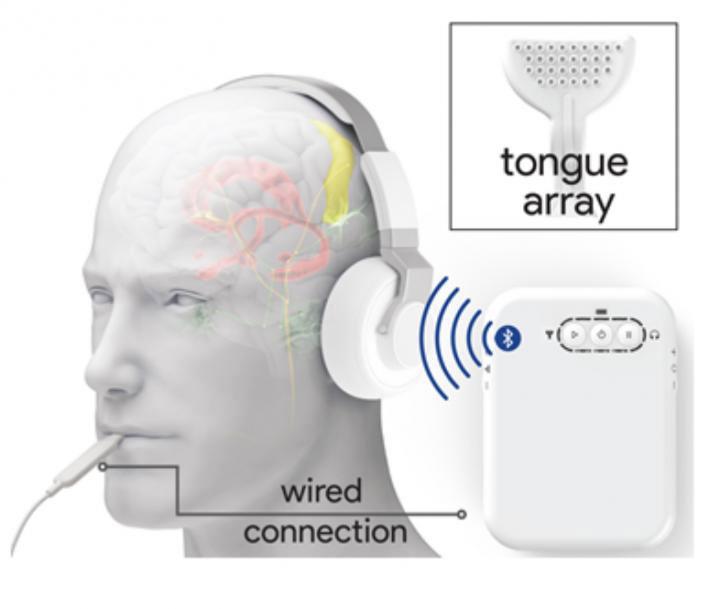