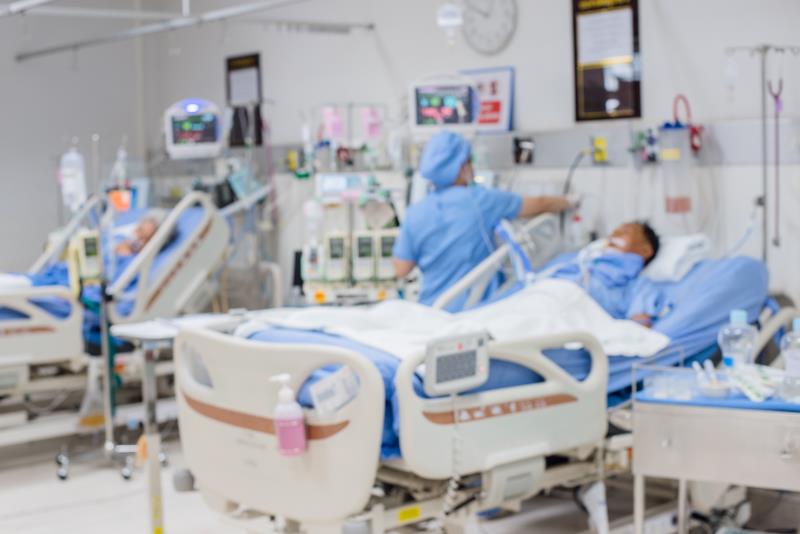 The restorative power of sleep is perhaps most pronounced in the intensive care unit (ICU), where not enough hours of sleep can hurt a patient’s recovery.

“Sleep is necessary for the maintenance and optimization of our physical and psychological wellbeing. It is necessary for survival. Therefore, it is almost certainly necessary for optimal and timely recovery from critical illness,” according to Dr Gerald Weinhouse, an associate physician at Brigham and Women's Hospital in Boston and assistant professor at Harvard Medical School.

“Some patients will have a normal total amount of sleep if you add it up across the full 24 hours of a day. But it tends to be distributed almost evenly for some patients through the day and night and just little short bursts rather than consolidated in one continuous block of sleep at night,” he explains, adding that the circadian timing is off when in the ICU.

Several studies conducted in ICU have described a dissociative state, wherein some patients who are behaviourally awake show electroencephalogram (EEG) signals typically associated with sleep. Conversely, some of those who appear to be asleep with their eyes closed and unresponsive to light voice have EEG signals indicative of wakefulness. These findings are referred to as atypical sleep and pathological wakefulness. [Crit Care Med 2013;41:1958-1967; Sleep Med 2012;13:7-14]

“So, here’s the argument for why sleep should be improved in the ICU: If we don't sleep, we could die,” according to Weinhouse, “[and this is especially] important to the critically ill person who's desperately in a battle to survive.”

In terms of pharmacologic therapies, Weinhouse mentions dexmedetomidine, which, although it increases the amount of stage II sleep but not so much deep REM sleep, has proven to be better than other sedatives and lower the incidence of delirium. [Anesthesiology 2014;121:801-807; Am J Respir Crit Care Med 2018;197:1147-1156]

“Dexmedetomidine is a very interesting drug … as the sedation it causes looks more like sleep. Patients are more arousable and cognitively intact when they're woken up,” he points out.

Meanwhile, data on the effect of melatonin or its analogues, such as ramelteon, are conflicting in terms of whether it improves outcomes. In a study that looked to prevent postoperative delirium, the drug seems to show a signal of efficacy if used higher at doses (5 vs 3 mg) and if administered close enough to the time of surgery. [J Pineal Res 2020;68:e12644]

“I should say that there are some people who believe that poor sleep or the kind of sleep we see [in the ICU] is an adaptive response to critical illness but that's not a prevailing view. I think a lot of what we know about how why patients sleep poorly is actually iatrogenic, and it does seem that if we improve it then we can improve our outcomes,” Weinhouse says.

“I'll conclude with a quote from my father, when I was sick as a kid he used to say, go to sleep and you'll feel better in the morning. That always felt very dismissive, but it turns out he was probably right,” he adds.