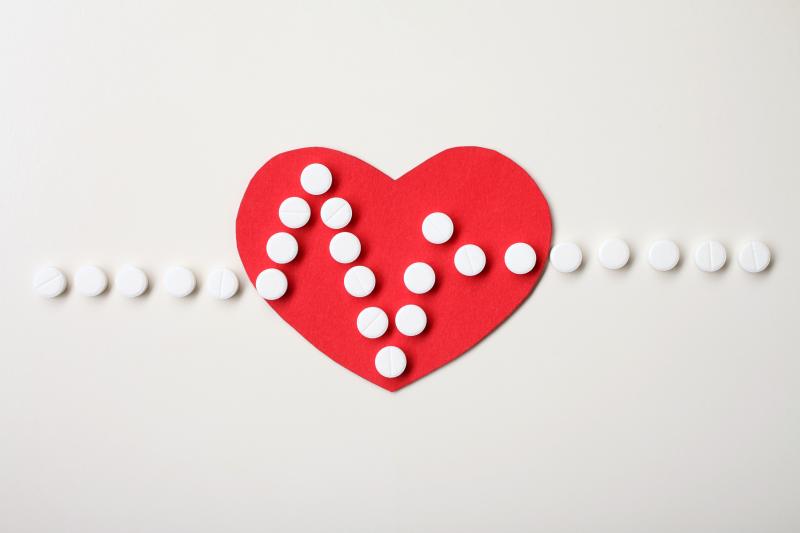 Patients undergoing transcatheter aortic-valve implantation (TAVI) who do not need anticoagulation are better off using aspirin alone, which can reduce bleeding as compared with the combination of aspirin plus clopidogrel, according to data from the POPular TAVI trial.

Current guidelines recommend using clopidogrel in combination with aspirin for 3 to 6 months following TAVI in patients who have no indication for long-term oral anticoagulation. [Eur Heart J 2017;38:2739-2791; J Am Coll Cardiol 2017;70:252-289]

Temporary intensifying the antiplatelet regimen with more than one drug can mitigate the stent-mediated risk of thromboembolization before endothelialization of the valve has been completed, the investigators explained. However, this comes at the cost of an increased bleeding risk.

The current analysis involved 665 patients (mean age, 80.0 years; 48.7 percent female) not requiring anticoagulation. Of these, 331 patients were assigned to take aspirin alone and 334 to take aspirin plus clopidogrel (dual antiplatelet therapy, DAPT) for 3 months after TAVI. A total of 44 and 32 patients (13.3 percent vs 9.6 percent), respectively, received oral anticoagulation during the trial.

“Our definition of procedure-related bleeding was Bleeding Academic Research Consortium type 4, indicating only severe bleeding and excluding most bleeding at the puncture site,” the investigators noted.

Aspirin alone was superior to DAPT with respect to the composite of bleeding or thromboembolic events (including death from cardiovascular causes, stroke, myocardial infarction, or nonprocedure-related bleeding). This composite was documented in 76 patients vs 104 of those on DAPT (23.0 percent vs 31.1 percent; difference, −8.2 percentage points; p<0.001 for noninferiority; RR, 0.74; p=0.04 for superiority).

With regard to the composite of thromboembolic events (including death from cardiovascular causes, ischaemic stroke, or myocardial infarction), aspirin alone showed noninferiority, but not superiority, to DAPT (9.7 percent vs 9.9 percent, respectively; difference, −0.2 percentage points; p=0.004 for noninferiority; RR, 0.98; p=0.93 for superiority).

Taken together, the current data suggest that it is safe to pare down post-TAVI antithrombotic therapy to aspirin alone to minimize the risk of bleeding without increasing ischaemic risk, according to the investigators.