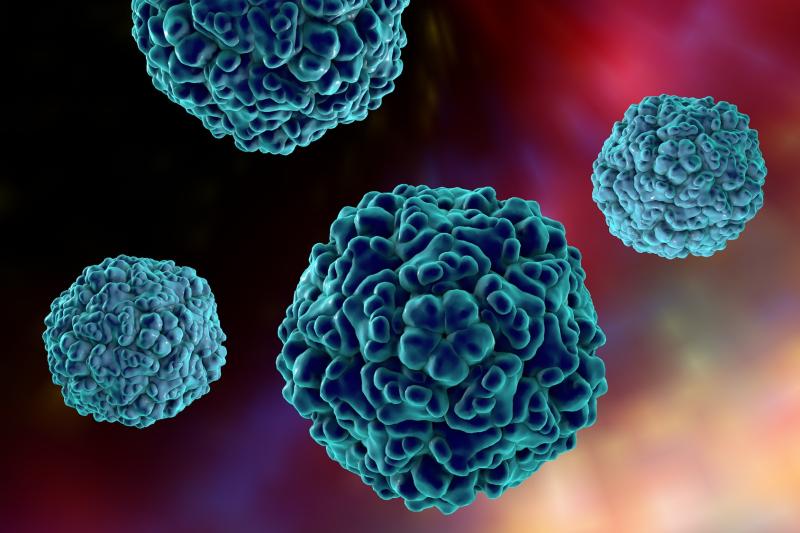 Besifovir dipivoxil maleate (BSV) has antiviral efficacy against chronic hepatitis B (CHB) that is similar to that of tenofovir disoproxil fumarate (TDF) but with a lower impact on bone and renal safety, as shown in the results of a phase III trial involving Asian patients.

Moreover, BSV maintains its noninferiority regardless of HBeAg status, with durable effects, lasting throughout 96 weeks of treatment, according to the investigators.

At week 96, virologic response rates were 87.2 percent in the BSV–BSV group and 85.7 percent in the TDF–BSV group. This shows “that the antiviral effect achieved during the first 48 weeks of TDF treatment was not affected by the subsequent 48-week BSV treatment,” the investigators noted.

“Our safety analysis of 96 weeks of BSV administration showed that adverse events occurring with an incidence ≥5 percent were similar to those reported for 96-week TDF treatment [in another study],” the investigators said, adding that the events recorded during the 48-week BSV treatment period after 48 weeks of TDF treatment were similar to those occurring during the 96-week BSV-BSV treatment period. [J Hepatol 2018;68:672-681]

In terms of changes in hip and spine bone mineral density (BMD) at week 48, there was a significant difference between the BSV and TDF groups, in favour of the former. At 96 weeks, these outcomes did not significantly differ between the BSV-BSV and TDF-BSV groups. In other words, BMD decline was greater with TDF, but BMD returned to the baseline level at 96 weeks after switching to BSV.

None of the patients experienced adverse renal events, such as acute renal failure and proximal tubulopathy, throughout the study. However, with reference to serum creatinine concentrations and estimated glomerular filtration rate changes over time, safety profile between weeks 24 and 60 was more favourable in the BSV-BSV group than in the TDF-BSV group (p=0.02 and p=0.29, respectively).

Despite the limitations, such as the relatively small sample size and the predominance of HBV genotype C, among others, the present data provide clear evidence that the antiviral effect of 96-week BSV treatment is similar to that of current therapies with a high resistance barrier and that the drug’s safety profile is more favourable for CHB patients, according to the investigators.

“To secure a niche for its clinical utility, efficacy and safety outcomes from a long-term follow-up study need to be established, and additional studies in other special populations requiring oral antiviral treatments, such as patients with decompensated cirrhosis, hepatocellular carcinoma and serious renal dysfunction, will be warranted,” they added.