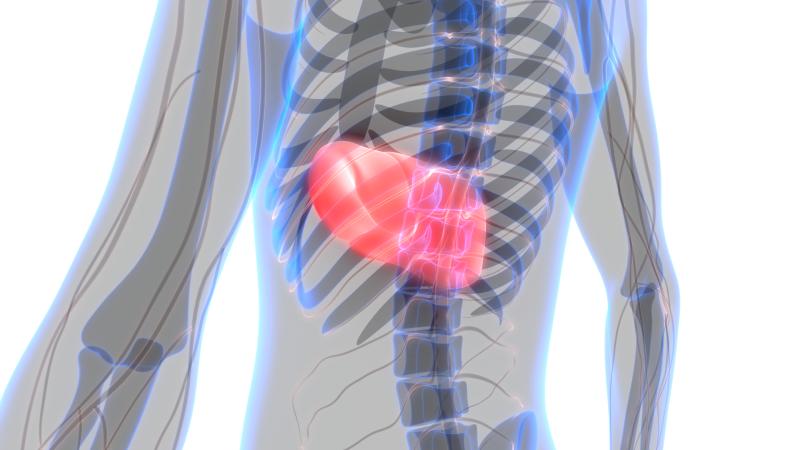 A 12-month course of biweekly infusion of belapectin is safe and induces significant reductions in hepatic venous pressure gradient (HVPG), in addition to preventing the development of varices, in the subgroup of nonalcoholic steatohepatitis (NASH) patients with cirrhosis but without oesophageal varices, as shown in the results of a phase IIb study.

“[I]f this observation can be reproduced in a subsequent study, then belapectin may have a role in the management of patients with NASH cirrhosis and portal hypertension but no varices,” according to the investigators.

The analysis included patients with HVPG ≥6 mm Hg who were randomly assigned to groups that received biweekly infusions of belapectin 2 mg/kg (n=54), 8 mg/kg (n=54) or placebo (n=54) for 52 weeks.

Compared with placebo, belapectin at either dose did not produce a significant reduction in the primary endpoint of HVPG at the end of treatment (mean percent change from baseline, 6.15 percent vs –1.74 percent with the 2-mg/kg dose and –1.09 percent with the 8-mg/kg dose; p=0.11 and p=0.42, respectively). Likewise, there were no significant differences observed in the secondary endpoints of fibrosis improvement or the incidence of complications of cirrhosis. [Gastroenterology 2019;doi:10.1053/j.gastro.2019.11.296]

However, in the subgroup analysis of patients with NASH cirrhosis without varices at baseline, HVPG significantly decreased with belapectin at 2 mg/kg (mean percent change, –8.46 percent vs 11.7 percent with placebo; p=0.011) but not at 8 mg/kg (0.6 percent; p=0.42 vs placebo). There was a significant interaction seen between baseline varices status and treatment response (p=0.037).

In the same subgroup, treatment with the active drug was associated with lower rates of developing new varices, which was statistically significant for the 2-mg/kg dose but not for the 8-mg/kg dose (0 percent and 4 percent vs 18 percent; p=0.032 and p=0.12, respectively).

“These effects are intriguing because belapectin 2 mg/kg was not associated with demonstrable changes in liver fibrosis. This raises the possibility that either our sample size in this subgroup was too small to detect histological changes associated with belapectin 2 mg/kg treatment, or [its] favourable effects … on the development of new varices and HVPG are due to mechanisms other than directly improving liver fibrosis,” the investigators pointed out.

It is also worth noting that belapectin conferred benefits for hepatocyte ballooning in the overall population. The effect was significant for the 2-mg/kg dose (odds ratio [OR], 2.42, 95 percent confidence interval [CI], 1.09–5.37; p=0.030) and borderline for the 8-mg/kg dose (OR, 1.98, 95 percent CI, 0.90–4.34; p=0.089) when compared with placebo. The investigators acknowledged that the significance of such an improvement given the absence of improvement in other histological components, especially inflammation, is unknown.

Belapectin was well tolerated and produced no safety signals. Although most of the patients across all treatment groups developed at least one treatment-emergent adverse event (TEAE; 98.1 percent on 2 mg/kg, 89 percent on 8 mg/kg, and 94 percent on placebo), the majority of TEAEs were grade 1 or 2 in severity.

“Patients with cirrhosis due to NASH represent a challenging problem due to the lack of effective therapies. The current clinical approach is to assess the severity of portal hypertension for prognostication with an upper endoscopy and offer primary prophylaxis with a nonselective beta-blocker or endoscopic band ligation in patients with high-risk varices,” according to the investigators. [Hepatology 2017;65:310-335]

“Importantly, lowering portal pressure in patients with clinically significant portal hypertension and no or small varices has been recently shown to decrease the risk of decompensation... Therefore, any therapeutic agent that can prevent the progression of portal hypertension or reverse fibrosis with a resultant decrease in portal hypertension is very desirable,” they added. [Lancet 2019;393:1597-1608]