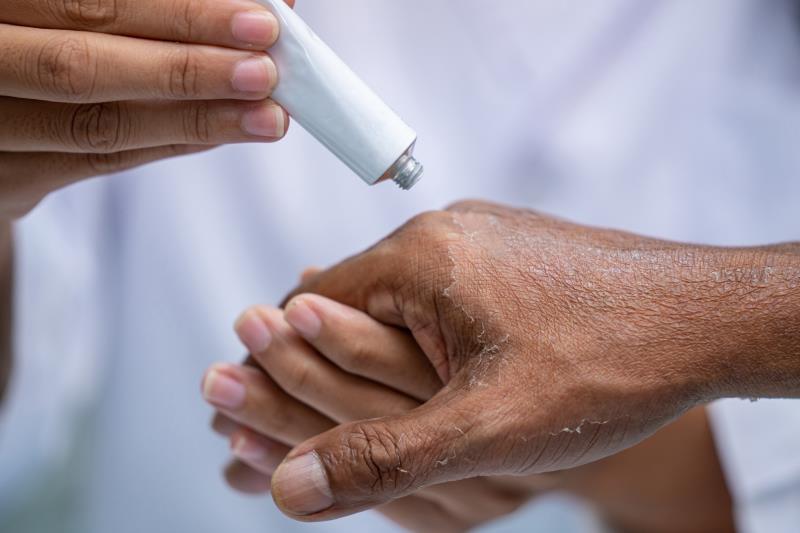 Use of the oral selective Janus kinase 1/Janus kinase 2 inhibitor baricitinib is effective against moderate-to-severe atopic dermatitis (AD), with no new safety concerns over 16 weeks, a recent study has shown.

The investigators assessed the efficacy and safety of baricitinib monotherapy in a North American phase III trial (BREEZE-ADS) of adults with moderate-to-severe AD who responded inadequately or were intolerant to topical therapy.

A total of 440 patients were randomized in a 1:1:1 ratio to baricitinib 1 mg, baricitinib 2 mg, or placebo once daily. The researchers then determined the number of patients achieving ≥75-percent reduction in the Eczema Area and Severity Index (EASI) at week 16 (primary endpoint) and the proportion of patients achieving a validated Investigator Global Assessment (IGA) for AD score of 0 (clear) or 1 (almost clear) with ≥2-point improvement (secondary endpoint).

In addition, safety findings were comparable to those of other studies on the use of baricitinib in AD.

Of note, “[s]hort-term clinical trial results may not be generalizable to real-world settings,” according to the investigators.