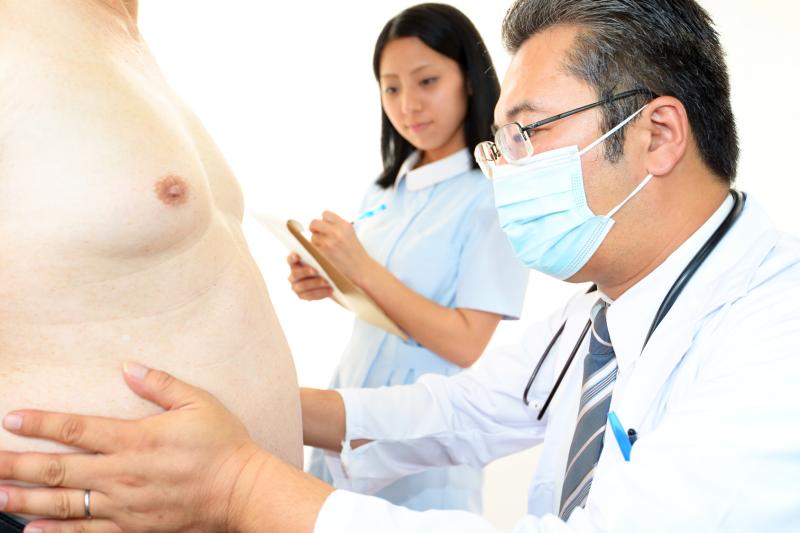 Bariatric surgery is beneficial to nondiabetic Asian patients with obesity, delivering sustained weight loss in addition to normalizing sugar levels and insulin resistance within 1–3 years of the procedure, as reported in a Singapore study.

“Being diagnosed with T2D at a younger age predisposes patients to a greater lifetime risk of cardiorenal complications and malignancy in later life,” they added. “[Bariatric surgery] is a promising modality to prevent or delay the onset of T2D in obese nondiabetic patients.”

The study included 133 patients who underwent bariatric surgery with either sleeve gastrectomy (SG) or laparoscopic Roux-en-Y gastric bypass (LRYGB) between 2009 and 2014. Of the patients, 36.1 percent were Chinese, 33.1 percent Malays, and 21.1 percent Indians. The mean preoperative BMI was 41.7 kg/m2, while the mean preoperative HbA1C was 5.66 percent, with fasting glucose of 5.20 mmol/L and C-peptide levels of 958.2 pmol/L. Twenty-nine (21.8 percent) patients had impaired fasting glycaemia.

In terms of glycaemic profiles, the mean HbA1C was 5.11 percent at 6 months, 5.08 percent at 1 year and 5.24 percent at 3 years. Glucose levels in all patients who remained on follow-up were kept below 6.0 percent. Additionally, C-peptide levels showed a steady decline after surgery (482 pmol/L at 1 year and 515 pmol/L at 3 years).

Meanwhile, serum fasting insulin levels decreased from 28.36 mU/L at baseline to 6.29 and 6.93 mU/L at the 1- and 3-year follow-up, respectively. Homeostasis model assessment of insulin resistance notably improved from severe insulin resistant state of >5.00 (mean, 7.13) preoperatively to normal ranges of <3.00 (mean, 1.55) at 3 years.

“Further studies will have to [be] performed to assess if Caucasians and patients of other ethnic groups will see similar improvements in insulin resistance after bariatric surgery,” they added.

The most important limitation of the study was the relatively high number of patients who were lost to follow-up (57.1 percent and 86.5 percent of the cohort at 1 and 3 years postsurgery, respectively).

Nevertheless, “we observed that nondiabetic obese individuals who are adherent to their follow-up routines after surgery may benefit from delay or prevention of diabetes onset as none of them had been diagnosed with impaired fasting glucose or T2D up to 3 years after surgery,” the investigators said.