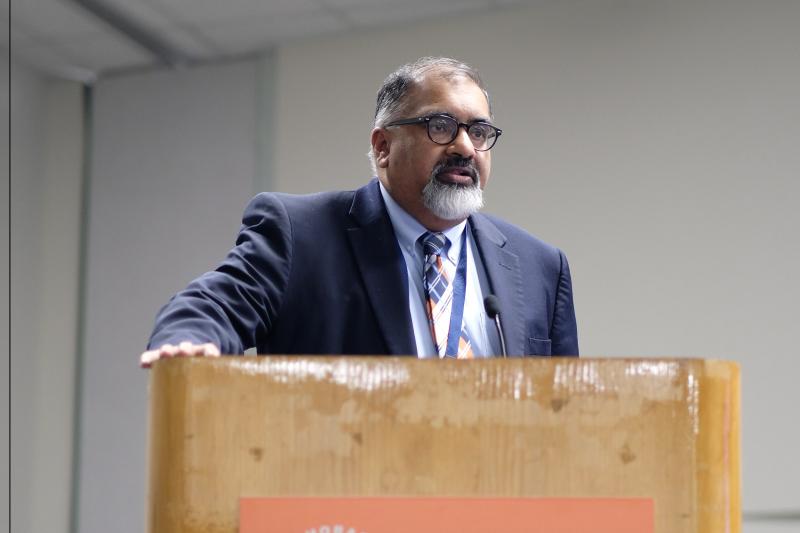 Bariatric surgery plays a role in the treatment of obstructive sleep apnoea (OSA), inducing improvements in apnoea-hypopnea index (AHI), symptoms and consequences, although the effect appears to be greater on the last two, according to an expert who spoke at the American Thoracic Society (ATS) 2019 International Conference.

“I think it’s really important to know that bariatric surgery has a much larger effect on OSA symptoms and consequences than it does on the AHI, so we need to get away from fixating on the AHI,” said Dr Sanjay Patel, professor of medicine and epidemiology at the University of Pittsburgh in US.

Evidence shows that bariatric surgery indeed reduces sleep apnoea severity. Specifically, in a meta-analysis of 12 studies involving 342 morbidly obese OSA patients who underwent sleep studies before and after the procedure, the AHI dropped from 54.7 to 15.8. [Am J Med 2009;122:535-542]

The improvements in quality of life and sleepiness are important because what patients want is to feel better and not for their AHI to be better, and studies suggest that gastric banding does make people better, as Patel pointed out.

However, considering reports from other trials, he opined that laparoscopic gastric banding is not an answer to curing sleep apnoea. Banding has been shown to make people lose weight and produce some improvements in QoL and sleepiness, but it does not resolve sleep apnoea. [Obes Surg 2015;25:1886-1892; Am J Respir Crit Care Med 2018;197:1080-1083]

Meanwhile, the magnitude of effect with gastric sleeve and bypass is unclear, he added.

“A lot of us think of obesity as being a cause of OSA and then OSA causes all of these things that we worry about in out patients: sleepiness, decreased quality of life, depression, hypertension, diabetes, heart disease [and] impaired cognition,” Patel said. “But … there’s tons of data [showing] that obesity affects all of these outcomes independent of sleep apnoea.

“So if obesity is causing all of [the aforementioned] outcomes as well, then looking at the effect [of bariatric surgery] on AHI doesn’t make a whole lot of sense. You really have to look at what happens to all of these symptoms,” he added.

Bariatric surgery is on the rise, with more than 200,000 operations performed last year. Majority of patients are currently undergoing gastric sleeve, and almost nobody is getting the band. Specifically, the number of patients getting gastric sleeve rose from 17.8 percent in 2011 to 59.4 percent in 2017, whereas the number of those getting gastric bypass and banding decreased from 36.7 percent and 35.4 percent, respectively, to 17.8 percent and 2.8 percent over a period of 6 years.  [https://asmbs.org/resources/estimate-of-bariatric-surgery-numbers]

“This becomes really important because most of the data on sleep apnoea in bariatric surgery is on gastric banding,” Patel said, adding that clinicians have to be aware of such trends when interpreting data and advising patients.